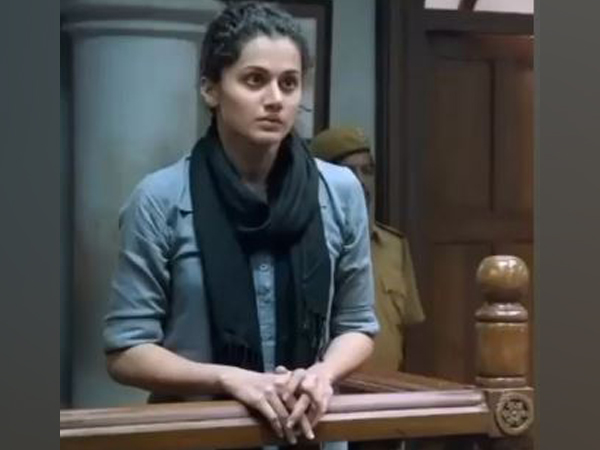 Mumbai (Maharashtra) [India], September 16 (ANI): Sharing some of the meaningful dialogues in the voice-over of senior actor Amitabh Bachchan, actor Taapsee Pannu on Wednesday reminisced about her social thriller film ‘Pink’ as the movie clocked four years on the horizon of Indian cinema.
The ‘Saand ki Aankh’ actor posted some glimpses from the film on her Instagram story and celebrated the fourth anniversary of the film. 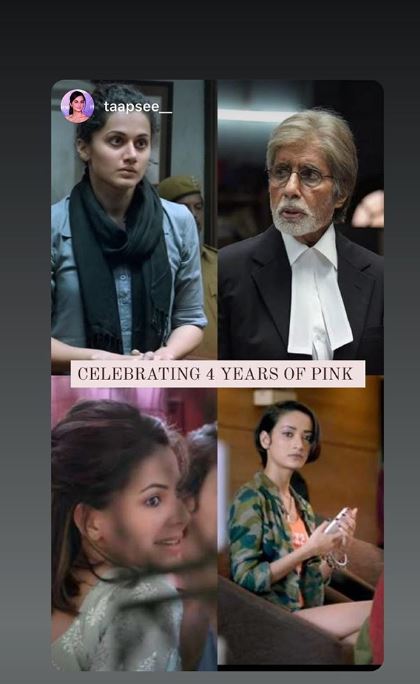 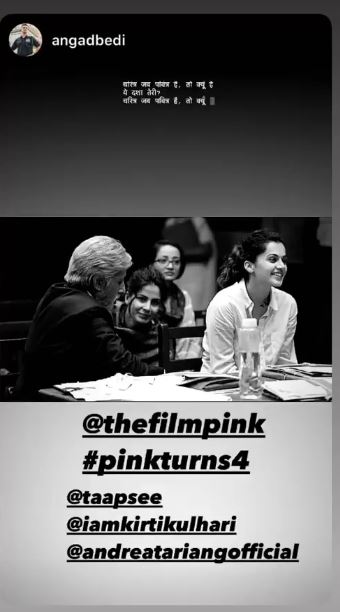 Pannu shared a rail of pictures on her Instagram Story as she took a stroll down the memory lane. The first picture showcased the star cast of the film–Amitabh Bachchan, Kriti Kulhari and Andrea Tariang and Taapsee.
The second snap showed the entire cast of the film as they appear on an event. The ‘Badla’ star also put on display some behind the shoot pictures featuring some candid moment between the star cast, as celebrated the 4-year landmark of the film.
Directed by Aniruddha Roy Chowdhury, written by Ritesh Shah, and produced by Rashmi Sharma Telefilms (Pawan Kumar and Rashmi Sharma), Sheel Kumar and Shoojit Sircar, ‘Pink’ stars Amitabh Bachchan, Taapsee Pannu, Kirti Kulhari, Andrea Tariang, Angad Bedi, Tushar Pandey, Piyush Mishra, and Dhritiman Chatterjee. The film received widespread critical acclaim, and garnered the National Film Award for Best Film on Other Social Issues. (ANI)