So grateful you were born: Priyanka Chopra on husband Nick Jonas 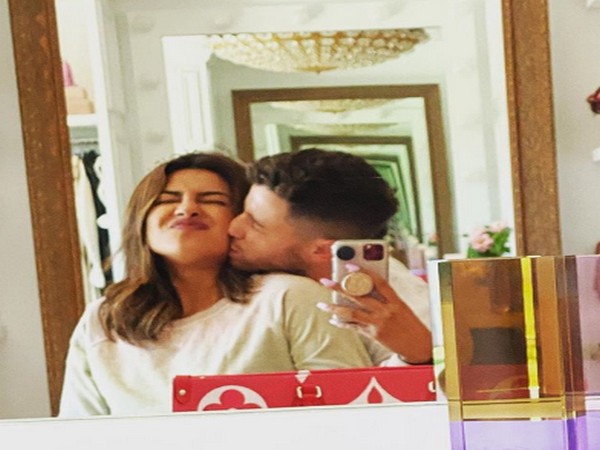 New Delhi [India], September 16 (ANI): Actor-singer Priyanka Chopra Jonas extended birthday greetings to her musician husband Nick Jonas with a special birthday video, as Nick turned 28 on Wednesday.
The ‘Baywatch’ actor took to Instagram to share the special video that features the couple and their special moments over the course of their relationship.
The video also featured some of the solo candid shots of the ‘Sucker’ singer.
Keeping the caption simple yet full of love, Priyanka wrote, “So grateful you were born. Happy birthday my love.”
Priyanka and Nick got married in two elaborate ceremonies at Jodhpur’s Umaid Bhawan Palace — as per Christian tradition on December 1, 2018, and as per Hindu rituals on December 2.
Continuing the celebration, the duo then hosted a wedding reception in Delhi. Post that Priyanka’s mother Madhu Chopra threw a party for their close friends and family.
They also hosted a wedding reception bash in Mumbai, which was attended by the who’s who of Bollywood. (ANI)