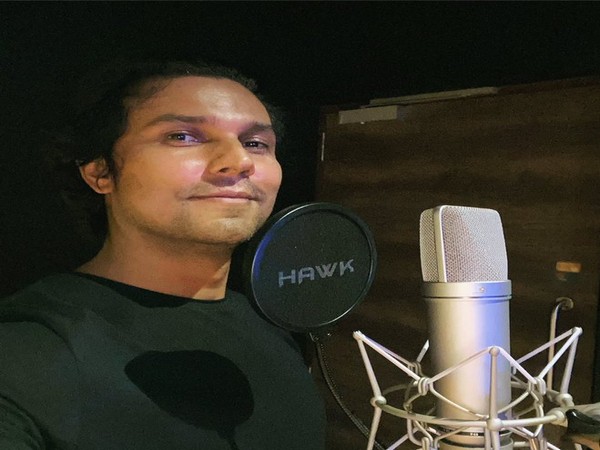 New Delhi [India], September 16 (ANI): Actor Randeep Hooda on Wednesday expressed gratitude as he returned to work after months-long hiatus and begun dubbing for action-thriller ‘Radhe.’
The ‘Extraction’ actor took to Instagram to share a picture of himself from the studio dropping hints that the rest of the remaining work on megastar Salman Khan’s much-awaited thriller might also start soon.
The picture features, Hooda standing with a hearty smile in front of a mic as he is all set to begin dubbing.
“Grateful to be back at work #Radhe,” Hooda wrote in the caption.
The action flick by the Yash Raj Films banner was scheduled to release on Eid 2020 but it could not see the light of the day due to the shuttering of film theatres owing to coronavirus induced lockdown.
A new release date for the flick has yet not been announced by the film banner.
The movie will see Salman Khan romancing Disha Patani. The flick also features Jackie Shroff and Randeep Hooda.
‘Radhe’ is co-produced by Salman Khan, Sohail Khan and Atul Agnihotri under the banners Salman Khan Films, Sohail Khan Productions and Reel Life Production. (ANI)