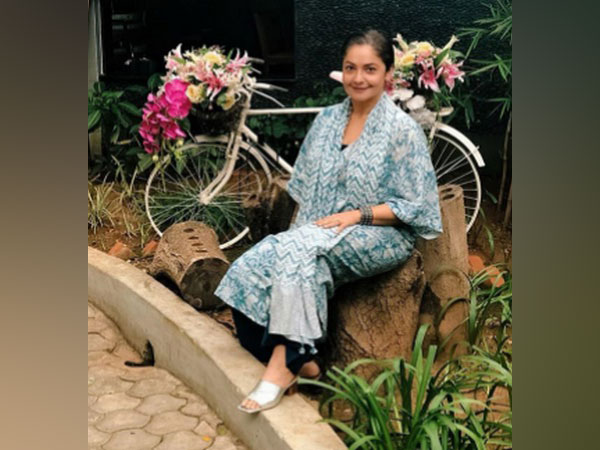 New Delhi [India], September 16 (ANI): With a lot being said on the use of drugs in the film industry, actor Pooja Bhatt on Wednesday spoke about the substance addiction that the lower sections of the society go through to overcome their pain triggered by poverty.
Bhatt took to Twitter to talk about the prevalent drug use in the poverty-stricken sections of the society who are “too battered & broken” in life and asked if “anyone is interested in their rehabilitation.”
“Does anyone care about people who live on the ultimate fringe of society, who use drugs to make the pain of living go away?” she tweeted.
“The ones who are too battered & broken to chase dreams but chase substances amidst much poverty & squalor? Anyone interested in their rehabilitation?” her tweet further read.
This comes at the time when the Narcotics Control Bureau (NCB), Mumbai is undertaking an investigation into alleged drug use and supply in the industry that had surfaced during a probe into the death of actor Sushant Singh Rajput.
The debate around the use of drugs in the film industry was triggered after late Bollywood actor Sushant Singh Rajput’s girlfriend Rhea Chakraborty was arrested by the NCB last week in connection with a drug case.
In several tweets, actor Kangana Ranaut who has been demanding justice for Rajput has also stated that there is a prevalent use of drugs in the film industry.
Earlier this week, Bhojpuri actor and BJP MP Ravi Kishan urged the Centre to take strict action against the culprits involved in drug trafficking in the country. He also expressed his concern as the film industry is also undergoing the issue of drug addiction. (ANI)

Requirement of ‘Performance Security’ for ‘Development…

Sensex crashes by 1,115 points on panic selling amid global sell-off

Chargesheet in Delhi violence case is a cheatsheet: Brinda Karat

International Film Festival of India postponed to 2021 amid pandemic

Indian student hangs himself in his dorm

I want to continue playing for Arsenal: Giroud