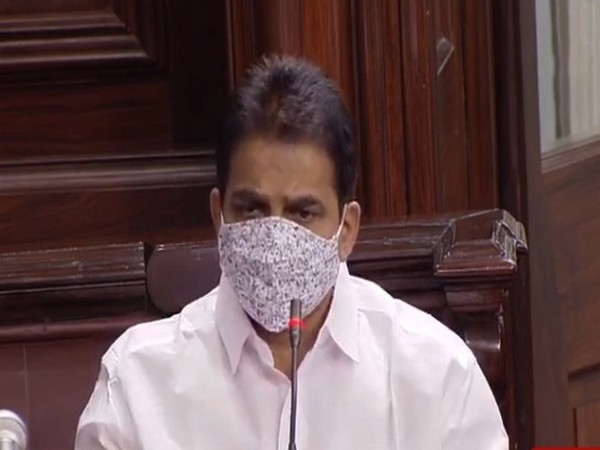 New Delhi [India], September 16 (ANI): Congress MP KC Venugopal on Wednesday demanded a clarification from the Centre on the issue of ‘Chinese surveillance on political leaders and key officials.’
Speaking at the Rajya Sabha, Venugopal said, “As per a media report, Zhenhua Data Information, a Shenzhen based technology company with links to the Chinese Communist Party and the Chinese government is tracking over 10,000 Indians in its global database of foreign targets. This includes the President, Vice-President, Prime Minister, Opposition leader, Army Chief and MPs.”
He has given a Zero Hour notice in the Rajya Sabha on the issue of ‘Chinese surveillance on political leaders and key officials.’
“This is a major area of concern. I want to know from the government if it has taken note of it. If so, what actions have been taken?” he added.
The Vice-President and Rajya Sabha Chairman, Venkaiah Naidu, urged the Parliamentary Affairs Minister to inform the concerned minister to find out its extent.
Earlier yesterday, Congress leader Shashi Tharoor speaking with regard to a media report emerging that the Chinese government and military is watching over 10,000 Indians which include politicians, bureaucrats, journalists, and people belonging to fields of academics as well, had said that the fact that the Chinese authorities “are looking at the details” of 10,000 Indians is no “small thing” further calling it “a deep mining operation”.
Meanwhile, AAP MP Sanjay Singh has also given a Zero Hour notice in the Upper House over ‘him being stopped from discharging his duties of an MP.’ (ANI)

Protests in Tamil Nadu over suicide of student