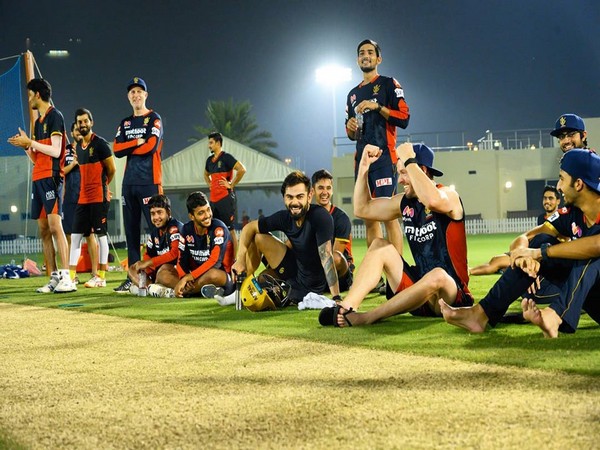 By Vishesh Roy
New Delhi [India], September 16 (ANI): Royal Challengers Bangalore (RCB) is chasing their first Indian Premier League (IPL) title and the side would be entering the upcoming edition of the tournament with rekindled hopes.
The side finally has a balanced ring to it and for the first time in years, the franchise has managed to look at every aspect and have specialists for them.
In the players’ auction held in December 2019, the franchise managed to add the likes of Aaron Finch, Joshua Philippe, Chris Morris, Isuru Udana, and Pavan Deshpande to further strengthen their lineup.
The batting has never been an issue for RCB as the side already has gun players in the form of Virat Kohli, AB de Villiers, Moeen Ali, Parthiv Patel and now the addition of Finch has further strengthened the ranks. The franchise can chase down any total and opposition for sure would be sweating over the quality batting arsenal of RCB.
Virat and de Villiers have held the batting lineup of RCB on their shoulders, but with Finch being added into the mix, the workload will finally be divided among these three top stars.
The middle and lower order has also been bolstered with the addition of Chris Morris. The Proteas all-rounder is known for hitting big shots in the end overs, and RCB may just get a cushion of 10-15 runs extra if Morris is given a chance in the playing XI.
Bowling of RCB has been a concern for the longest time and the side has been searching for a death bowler. This year the responsibility would be on Dale Steyn, Umesh Yadav, and Navdeep Saini to do the needful during the death overs. Bowling coach of RCB, Adam Griffith has been seen devoting time with the bowlers in getting them prepared for bowling perfect yorkers.
Sri Lanka’s Isuru Udana has been roped in and he may be given a chance in the playing XI if Steyn or Morris do not have a good outing with the ball initially. RCB had the services of Kane Richardson as well, but the Australian pacer opted out of the tournament as he and his wife are expecting the birth of their first child.
The franchise then managed to name a good replacement in the form of Adam Zampa. The Australian spinner has been in good form and he has been spinning a web on the English batsmen in the ongoing ODI series.
The IPL 2020 will be played in the UAE so spinners are expected to have a field day on slow and low pitches. Yuzvendra Chahal, Zampa, Moeen Ali are the high-profile names in the spin department and they would be relied upon heavily to do the job. RCB also has Washington Sundar as an option so for the first time in the last five years, Kohli has a side that can possibly go all the way this year. The bowling attack looks the most settled this year and if batting manages to compliment the bowling, RCB can expect to have a solid season.
The IPL 2020 is slated to be played from September 19-November 10 in the UAE across three venues — Dubai, Abu Dhabi, and Sharjah. Mumbai Indians and CSK will lock horns in the tournament opener on September 19 in Abu Dhabi.
RCB will lock horns with SunRisers Hyderabad in their opening match on September 21.
RCB Squad: Virat Kohli, AB de Villiers, Devdutt Padikkal, Gurkeerat Mann Singh, Moeen Ali, Mohammed Siraj, Navdeep Saini, Parthiv Patel, Pawan Negi, Shivam Dube, Umesh Yadav, Washington Sundar, Yuzvendra Chahal, Aaron Finch, Chris Morris, Josh Philippe, Pavan Deshpande, Dale Steyn, Shahbaz Ahamad, Isuru Udana, Adam Zampa. (ANI)

Trial to see if electricity can shrink human heart