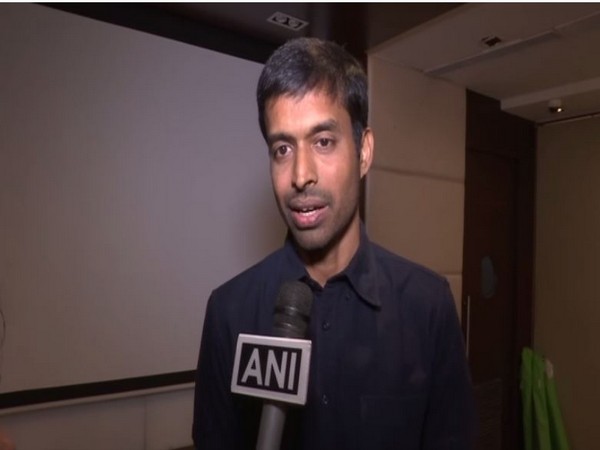 Mumbai (Maharashtra) [India], September 16 (ANI): India’s legendary badminton coach Pullela Gopichand on Wednesday proposed a novel idea of creating bio-secure bubbles and organising multiple mini-leagues among top athletes for the sport to resume in the country.
His suggestions come amid the coronavirus pandemic which has brought sporting action across the country to a grinding halt.
Speaking during a webinar titled ‘Sports, Fitness, Lockdown – What is the way forward?’, Gopichand said, “It may not be possible to organise massive national or state level tournaments like we used to pre-COVID, due to social distancing norms. But we can surely look at a number of leagues in each sport among top players, as per their levels.”
Athletics Federation of India (AFI) President Adille Sumariwalla backed the proposal and said that his federation had been working on precisely those lines to keep his athletes in fine fettle and top form with an eye on the Olympics next year.
“Our elite athletes have been in camps since June and will go into deep training from October. We have just chalked out our detailed programme calendar and we are hoping to see serious competition from January onwards,” Sumariwalla said.
“We are confident of a much better show due to the delay in the start of the Olympics as our young athletes will be more mature and better prepared,” he added.
IDBI Federal’s MD and CEO and former Mumbai Ranji cricketer Vighnesh Shahane agreed that the pandemic has come as a blessing in disguise for India.
“Sport is the most pristine form of entertainment. And due to the lockdown, most Indians have taken up some form of sport or fitness activity and are today much fitter than they were six months ago,” Shahane said.
He stressed the need for the commencement of sport at all levels, after the mandatory precautions, as it was the “world’s greatest unifier and uplifter of national sentiment.”
Sumariwalla and Gopichand also underlined the need for categorising India’s top athletes as COVID warriors so that they would get first access to a vaccine against the virus, as and when it was approved. (ANI)

India, Maldives will continue to support each other in fight against COVID-19: PM…