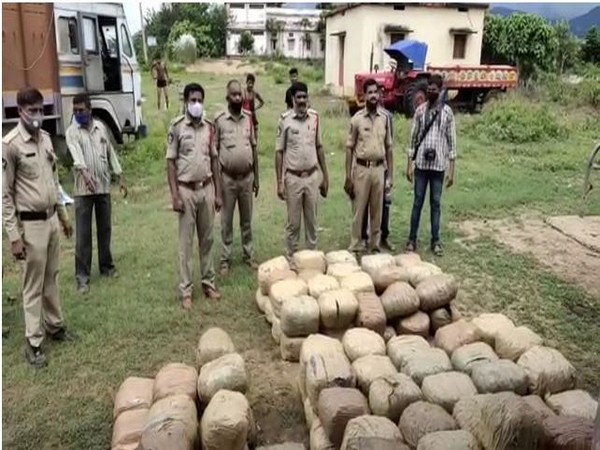 According to police, a lorry was parked on a road near Kodupam bridge. There was a traffic jam and police found it abandoned and took that vehicle to police station where during search of the vehicle, huge amount of cannabis stored in a hidden cabin was found.

According to the police, the contraband item was being transported to Odisha from Andhra Pradesh.

“The road was blocked due to traffic jam following rainfall at Kodupam bridge. Our police were clearing the traffic when they found a lorry that was parked on the road. Sub-Inspector and team checked it only to find it in an abandoned condition,” Parvatipuram Circle Inspector Ch Lakshmana Rao said.

“Our police at first moved it to the police station so that traffic can be cleared. Later our police checked the vehicle and found a hidden cabin in which 675 kg of cannabis was stored. Based on the vehicle number, we came to know that vehicle was from West Bengal. We will continue the investigation and will catch the culprit. The case is under investigation,” added Rao. (ANI)

Amid protest against suspension of eight Opposition MPs, Rajya Sabha adjourned till…

Nepali banks, companies act as channels for Iran and China to deceive US sanctions: Report

Jharkhand: Police official accused of slapping woman to be…