Amid tension at LAC, Army jawans get multilayered clothing, best in class tentages for braving chilly winters in Ladakh 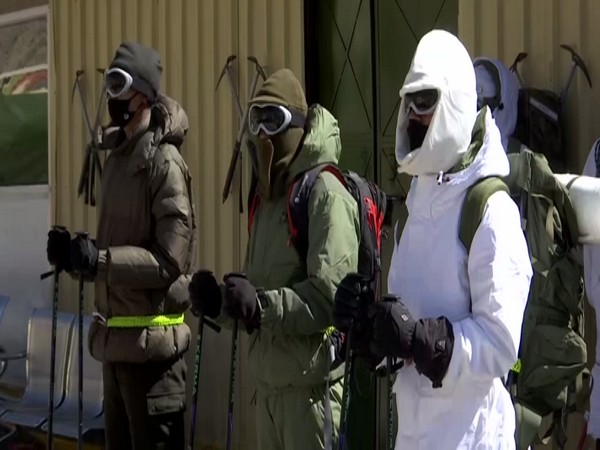 By Ankur Sharma
Leh (Ladakh) [India], September 16 (ANI): Amid the ongoing tensions along the Line of Actual Control (LAC) in Ladakh, the Indian Army is geared up with all-weather accommodation and clothing for its jawans even if the temperature drops to -50 degrees in the winters ahead.
The Army has stocked up on every commodity which is essential to keep its personnel safe and alert during the winters.
The Army is providing the troops deployed in high altitude areas with multi-layered clothing. According to the Indian Army officials, these clothing will not only help the jawans to stay safe from the weather but also it will help them in hiding from the enemy.
These also come equipped with several types of equipment which the jawans need to climb on mountains or walk comfortably in the high altitude areas.
In the first layer of clothing, there are inner trousers and a dark-coloured jacket, while in the second layer a green colour jacket and another set of trousers are being provided to them.
Similarly, on the third layer, which is also the outer layer, a jawan has to wear a white colour jacket and trouser along with specialised shoes.
There are also multi-layered gloves for hands and socks which will keep them warm even during intense cold conditions.
“Every jawan who is deployed in the high altitude area gets 21 items. This includes special clothing, equipment, etc which are displayed,” Lieutenant Colonel Monrak Sadh said.
On the other hand, for accommodation, the Indian Army has sufficient stock of tentages ranging from big to small. The bigger ones can hold almost a dozen jawans while the smaller ones are for a single jawan.
These tents have heaters and can keep jawans warm and safe even in -50 degree temperatures. 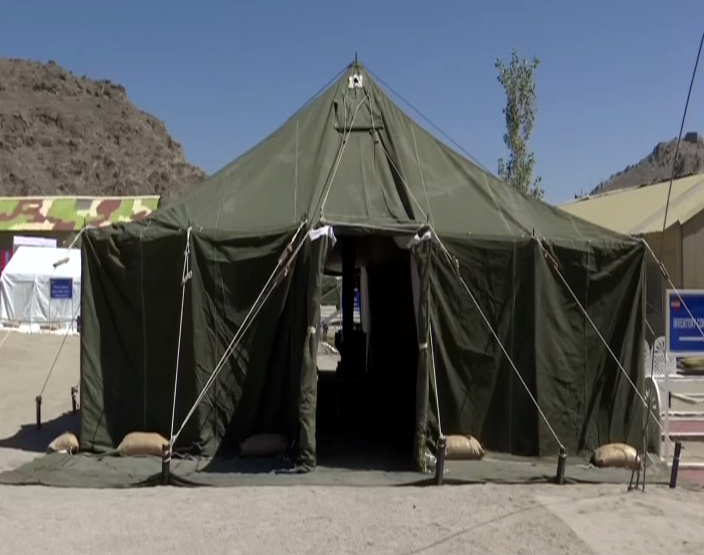 These tents are made up of multiple layers, have a waterproof cover on the outside while the inside layer is made up of quilt fabric which helps in keeping the temperature inside high. Also, they also come equipped with solar panels through which the basic needs of electricity of the jawans can be fulfilled.
“This is the biggest depot of Ladakh where we have special tentages, clothing, heating appliances, etc which we provide to jawans. There are different tents small and big for the high altitude. These have been provided to all our jawans,” Sadh said.
Amid the tensions along the Line of Actual Control (LAC) in Ladakh, the Indian Army has stocked up the oil depots in Ladakh to supply fuel to the troops and protect them from the biting cold ahead of the winter season.
Multiple rounds of talks have failed to yield any significant result in defusing the tensions and now the Indian side has prepared itself for long term deployment in the high mountainous region. (ANI)

Centre has no proposal to amend Official Languages Act: MHA

With face shield, Amitabh Bachchan urges people to ‘be in protection’ as COVID-19 cases soar

Roop Durgapal returns to TV after one year