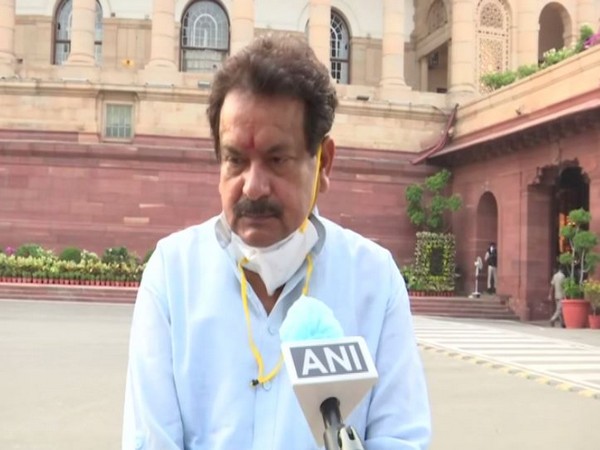 New Delhi [India], September 16 (ANI): Agra Member of Parliament (MP) SP Singh Baghel has expressed gratitude towards Uttar Pradesh Chief Minister Yogi Adityanath for his decision to rename the under-construction Mughal Museum in Agra after Chhatrapati Shivaji Maharaj.
While welcoming the decision, Baghel said “It is because Chhatrapati Shivaji Maharaj came in Red Fort at Agra that is why its name is being kept after him. As Agra’s MP, I welcome this.”
“Agra’s history is not restricted to 1526 Panipat battle to 1857 Bahadur Shah Zafar. Even Lord Krishna’s father, Vasudevji, was the king of Bateshwar in Agra district. The Radha Soami sect began here, Guru Tegh Bahadur Ji was captured here. There are symbols of Jat’s valour also here, even they should be mentioned in the museum,” he said while highlighting the significance of the city.
He further mentioned Jain Tirthankaras, great writers, like Surdas, who were born and lived in Agra. “There are many such examples like these, Agra’s history is not just Mughal history, it is more than that. There are four temples dedicated to Lord Shiv here. It is true that when a museum is there the Mughal emperors will be mentioned, we are not removing them,” he said.
“But when foreign tourists come we cannot tell them that there were only Mughals here. Even Bhagat Singh, Rajguru, Chandrashekar Azad, stayed here and practised bomb-making. I want all these things to be mentioned here,” he added.
On Monday, Uttar Pradesh Chief Minister Yogi Adityanath had announced the renaming of under-construction Mughal Museum in Agra after Chhatrapati Shivaji Maharaj, the CMO said in a statement.
Chief Minister made it clear that his government “always nurtured the nationalist ideology and anything which smacks of a subservient mentality will be done away with”.
“How can our heroes be Mughals? The very name of Shivaji will invoke a feeling of nationalism and self-esteem,” Chief Minister Yogi said while reviewing the developmental works in Agra division. (ANI)