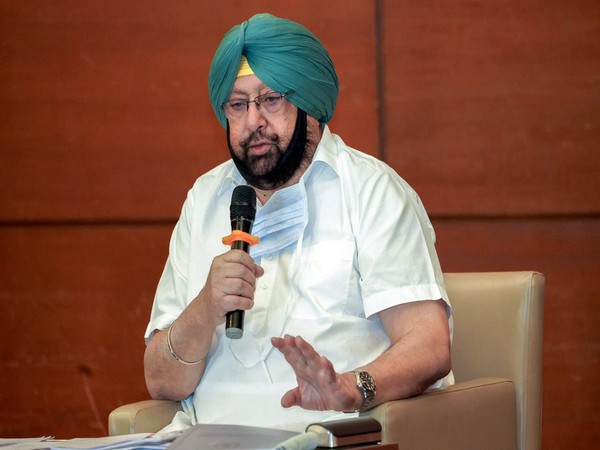 Chandigarh (Punjab) [India], September 16 (ANI): Punjab Chief Minister Captain Amarinder Singh has said that he will challenge the Essential Commodities (Amendment) Act in court and termed the legislation as a conspiracy by the Centre to destroy Punjab and its farmers.
“Will challenge Essential Commodities (Amendment) Act in court, says CM Captain Amarinder Singh, terms it a conspiracy by BJP led NDA, of which Akali Dal is part, to destroy Punjab & its farmers. Takes on Sukhbir for completely failing the state’s farmers to promote Akali interests,” according to a tweet from Punjab Chief Minister’s Office.
Lok Sabha on Tuesday passed a bill that allows the central government to regulate the supply of some food items only under extraordinary circumstances which may include war, famine, extraordinary price rise and natural calamity of grave nature.
The Essential Commodities (Amendment) Bill, 2020, which will replace an ordinance, provides that Stock limits may be imposed on agricultural produce only if there is a steep price rise. The ordinance was part of three ordinances brought by the government as part of “reforms in agriculture marketing”.
Replying to the debate, Minister of State for Consumer Affairs, Food and Public Distribution Raosaheb Danve said the government had issued an ordinance to amend the Essential Commodities Act 1955 which said that the supply of agricultural foodstuff as are notified by the Central Government shall be regulated only under extraordinary circumstances which may include war, famine, extraordinary price rise and natural calamity of grave nature and any action for imposing stock limit shall be based on price rise, subject to the conditions and exemptions specified therein.
The minister said that wheat and rice production in the country had seen a quantum jump since Independence.
He said the amendments will ensure removal of disruptions in the supply chain of food products and lead to greater investments.
“The Essential Commodities (Amendment) Act will ensure the supply chain will be established for vegetables and fruits. Agriculture will attract greater investment due to this amendment,” he said.
“In the current perspective, to boost investment in agriculture this bill will play an important role. Due to corona crisis, there was a possibility of a rise in prices of food products due to disruption in transport and supply chain of food products but our government did not allow that to happen,” he added.
The statement of objects and reasons of the bill states that India has become surplus in most agricultural commodities but farmers have been unable to get better prices due to lack of investment in cold storage, warehouses, processing and export as entrepreneurs get discouraged by the regulatory mechanisms in the Essential Commodities Act, 1955.
It states that a High Powered Committee of Chief Ministers, who examined this issue, recommended removal of stringent restrictions on stock movement and price control of agricultural foodstuffs for attracting private investments in agricultural marketing and infrastructure.
Noting that the economy had been adversely affected leading to unemployment and slowdown due to COVID-19 pandemic, the bill states that agriculture sector has the potential of making significant contribution to economic growth.
It states that to boost immediate investment in this sector, increase competition and enhance farmers’ income, there was a need to create an environment based on ease of doing business and for removing the fear of frequent statutory controls under the Essential Commodities Act.
“As Parliament was not in session and there was an immediate need for legislation in this regard, the Essential Commodities (Amendment) Ordinance, 2020 was promulgated on June 5,” it said. (ANI)

What is Centre doing over job loss, inflation? asks Surjewala

‘Dishoom’ to get shield against piracy

Why Garrett Hedlund wanted to do ‘Unbroken’?

Terrorists killed over 700 Iraqis in October