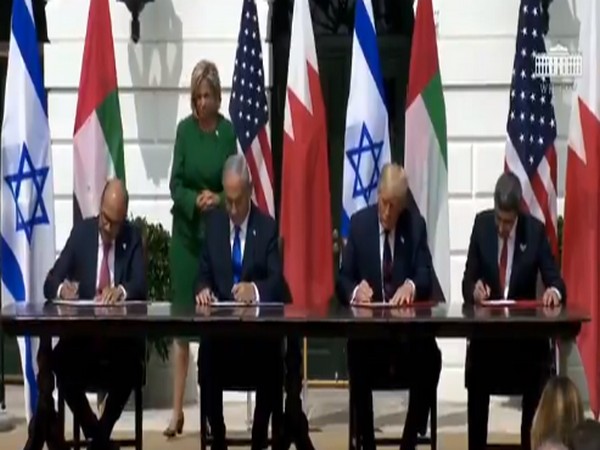 Washington [US], September 16 (ANI/Sputnik): The United States must maintain Israel’s qualitative military superiority in the Middle East especially if Washington sells an F-35 stealth jet fighter to the United Arab Emirates (UAE), Yaakov Amidror, former chairman of Israel’s National Security Council, told Sputnik.
US President Donald Trump said that he has “no problem” with exporting fifth generation aircraft to the UAE after it signed a peace deal with Israel and promised “to work out” any concerns of Israel, the only operator of F-35s in the region.
“We have an agreement with the Americans that they will keep our qualitative edge. If they decide to sell to the Emirates the new airplane, F-35… the Americans are responsible to keep the qualitative edge of the State of Israel on the battlefield,” Amidror said.
He added that the Americans are “very serious” about it and always found “good ways” to uphold Israel’s superiority.
White House Senior Adviser Jared Kushner, Trump’s son-in-law and his point man for Middle Eastern endeavours, told reporters earlier that the US administration will hold consultations with Israel before making a decision to sell F-35s.
US House Speaker Pelosi issued a statement on Tuesday promising that the Congress “will be watching and monitoring” to ensure that Israel can maintain its qualitative military advantage in the Middle East in light of the potential deal. (ANI/Sputnik)

Tanya Sharma was apprehensive to experiment with look