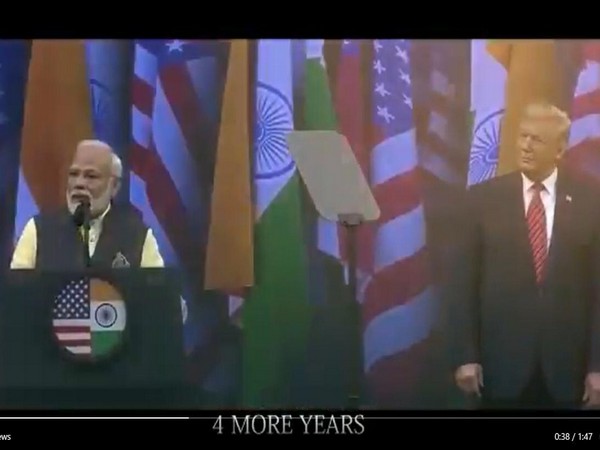 The video features footage of Trump and Indian Prime Minister Narendra Modi walking hand in hand and quick clips of each speaking.
A prominent Trump supporter, Al Mason, who conceptualised the video told ANI that The “4 More Years” video has been viewed more than 3,00,000 times on Twitter alone. It has been viewed several hundred thousand times more on Facebook, Instagram and WhatsApp.
Mason further added if Trump gets another four years at the White House it will massively boost the India-US partnership.
“With the re-election of Trump – these two larger than life personalities (President Trump and Prime Minister Modi) will take their true friendship to the next level,” said Mason, the co-chair of the Trump Victory Indian American Finance Committee.
Indian-Americans have emerged as a significant political force in the US. They exert influence in US politics through campaign donations and fund-raising.
Indian-Americans are the wealthiest ethnic group in the US in terms of per capita income. With the November 3 election day closing in, the Republicans and Democrats, sensing a close contest, are leaving no stone unturned to woo Indian-American voters while holding on to their hardcore bases of support. 1.3 million Indian-American votes in the eight swing states of Arizona, Florida, Georgia, Michigan, North Carolina, Pennsylvania, Texas, and Wisconsin, are being considered as decisive. (ANI)