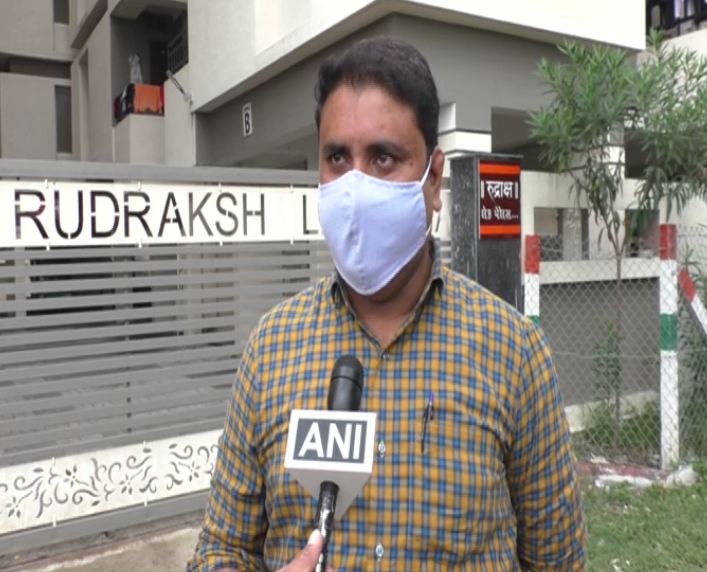 Surat (Gujarat) [India], September 16 (ANI): In a noble gesture, a Surat-based builder has accommodated 42 families, who are facing a financial crisis due to COVID-19 and are unable to pay rent, at his constructed buildings by charging only Rs 1,500 as maintenance amount.
Prakash Bhalani has given shelter to many families in need in his own constructed building named Rudraksh Lake Palace.
He believes that it is his chance to pay back to the society and community by helping them amid the current crisis.
“My husband’s business was not doing well so we were not able to pay our rent. Our landlord asked us to leave the house. Later, we were leaving for our village and meanwhile, we came across an advertisement of Rudraksh Lake Palace. We then contacted its builder,” said Asha Nimavat.
“He invited us to stay here with Rs 1,500 maintenance cost. We are allowed to stay here for as long as we want. We are really happy. The builder is just like a god to us,” she added.
Speaking to ANI, Bhalani said that people here can reside here for as long as they want. They do not have a time limit to vacate the flat.
“During the phase of Unlock 1, just after the lockdown lifted, people were still struggling at work. Many of them did not have work. Their businesses were affected. They are still struggling to make ends meet. Many of them were not able to pay rent,” said Bhalani.
“A resident of Surat city requested me to give me a room to keep his luggage as he was shifting to his village. I gave him a room and thought that so many people like him must be in a need of shelter,” he added.
Later, the builder spread the word via social media following which many people approached him in search of shelter.
“We take Rs 1,500 only as maintenance amount in which they are getting WiFi and water facility along with other necessities. We do not take any rent. As many as 42 people are residing here and many more are still joining,” said Bhalani.
“There are a total of 92 flats here and the remaining flats will also be given to the people in need. They can reside here for as long as they want,” he added.(ANI)

Teams have realised England can win from any position, says Chris Woakes