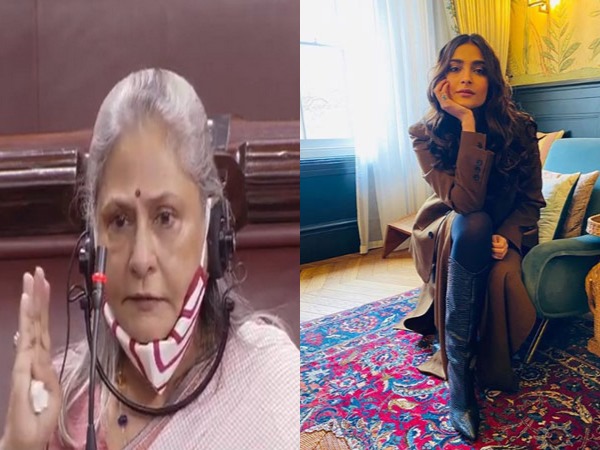 New Delhi [India], September 15 (ANI): After veteran actor and Rajya Sabha MP Jaya Bachchan slammed those who are tarnishing image of the Indian film industry in the Upper House of the Parliament, actor Sonam Kapoor Ahuja said that she wants to be “her” when she grows up.
Sonam took to Twitter to share a video of Bachchan’s Rajya Sabha speech shared by filmmaker Anubhav Sinha.
In the video, the lawmaker is seen stating how the government should stand by the entertainment industry when some people are trying to tarnish the industry’s image.
“I want to be her when I grow up,” tweeted the 35-year-old actor dropping hints about her interest in joining politics later in her career like Jaya Bachchan.
Earlier in the day several Bollywood celebrities like Taapsee Pannu, Anubhav Sinha, Ankur Tewari supported Bachchan’s statement.
Samajwadi Party MP Jaya Bachchan had given a zero hour notice in the Upper House over an alleged conspiracy to defame the film industry.
She stated that people working in the entertainment industry are “flogged” by social media. (ANI)

IPL 13: Trying to be focused as expectations will be high, says Kuldeep