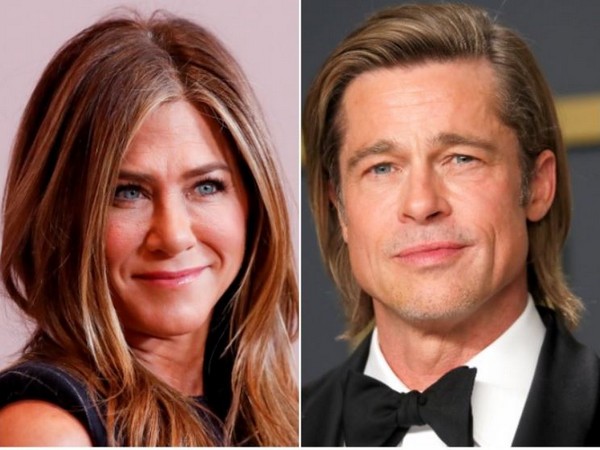 Washington [US], September 15 (ANI): Hollywood stars Jennifer Aniston and Brad Pitt recently participated in a special event, and photos of their reunion surfaced on Monday (local time).
According to Fox News, the exes were involved in a virtual table read for the 1982 teen drama ‘Fast Times At Ridgemont High,’ scheduled to stream on Thursday.
Comedian Dane Cook, who also participated, shared a photo of the attendees on Instagram. This is the first time the ‘Friends’ actor and Pitt have been spotted publicly interacting since their reunion at the Screen Actors Guild Award that went viral in January.
In Cook’s photo of the call, Aniston is dressed casually as she cups her hands and smiles for the camera. Pitt is also smiling wide and is showing off long blonde locks while wearing a bright green shirt. 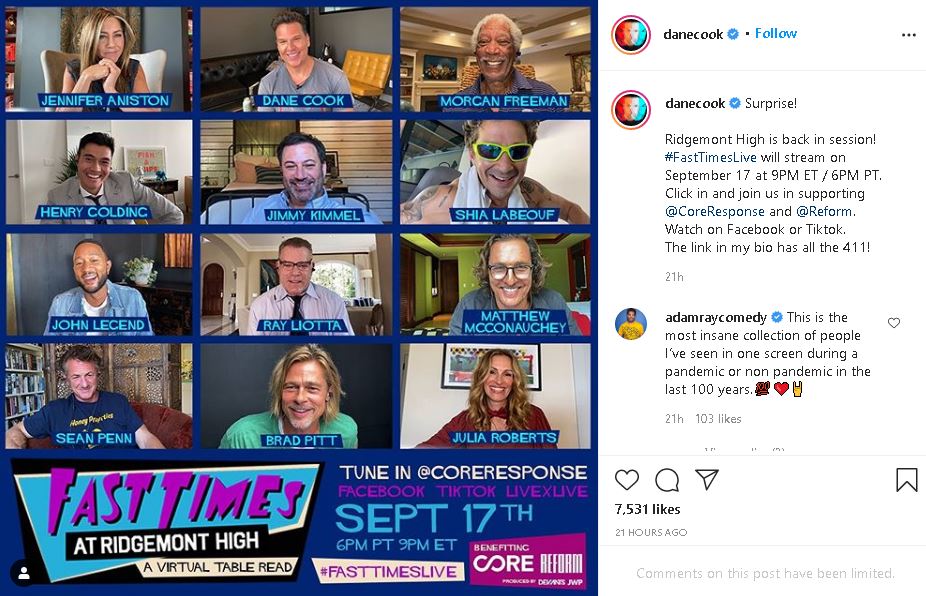 Aniston and Pitt were married from 2000 to 2005. They have since reconciled a friendship following his divorce with actor Angelina Jolie. In recent weeks, Pitt has been linked to model Nicole Poturalski.
The last time Aniston and Pitt acted together was for an episode of ‘Friends.’
The project is set to air at 9 pm ET/6 pm PT on Thursday. It was initially pushed back from its August 20 premiere date.
Fox News reported that the other actors on the table read for ‘Fast Times at Ridgemont High’ include Sean Penn, Julia Roberts, Morgan Freeman, Dane Cook, Henry Golding, Shia LaBeouf, Matthew McConaughey, Jimmy Kimmel, John Legend, and Ray Liotta.
The 60-year-old star Penn, starred in the original film in 1982 although he will not reprise his role as Jeff Spicoli. Everyone else’s roles are unspecified.
Proceeds from the table read will go to Penn’s nonprofit CORE (Community Organized Relief Effort) and REFORM Alliance.
The fundraiser will stream on CORE’s Facebook page and TikTok page as well as LiveXLive. (ANI)