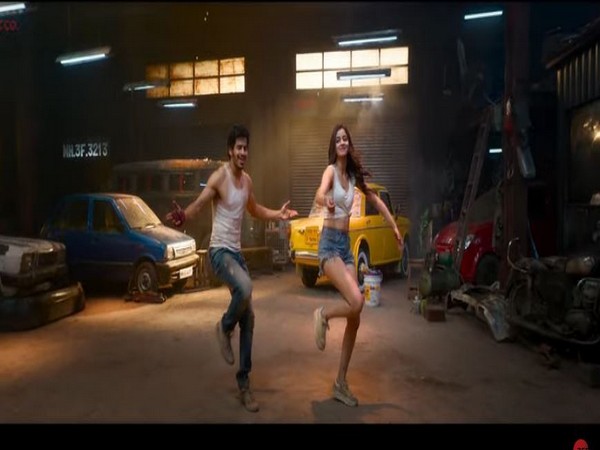 Mumbai (Maharashtra) [India], September 15 (ANI): The makers of upcoming Ishan Khatter and Ananya Panday starrer flick ‘Khaali Peeli’ on Tuesday dropped its quirky soundtrack ‘Tehas Nehas,’ that features the lead duo dancing in a garage.
“#Tehasnehas @ananyapanday,” wrote the 24-year-old actor Khatter as he posted the song on Instagram wherein the duo is seen effortlessly shaking a leg. Sporting a casual avatar, Ishaan is seen donning white vest and paired with a pair of denim, on the other hand, Ananya too sports a white crop top and ripped denim shorts.
The three-minute song features Ishaan and Ananya’s characters grooving together, with several cabs parked around them. The duo appears to be inside a garage, but one without a roof when towards the end of the video it starts raining. Composed and produced by Vishal and Shekhar, ‘Tehas Nehas’ has been written by Kumaar and features vocals by Shekhar and Prakriti Kakar.
‘Khaali Peeli’ is the story about two childhood sweethearts, Pooja and Blackie, who get separated due to some circumstances, during the young age. But a situation brings them back together, which leads to a series of ‘chase and escape’ situations, bound to entertain the audience.
Last month, the makers of ‘Khaali Peeli’ dropped an action-packed teaser of the film featuring the lead duo — Khatter and Ananya Panday.
The teaser of the film begins with a policeman sending out an alert of a boy and a girl having escaped in a black and yellow (Kaali Peeli) taxi numbered 6969 after creating a ruckus.
Helmed by debutant director Maqbool Khan and backed by filmmaker Ali Abbas Zafar, Himanshu Mehra, and Zee Studios, the film also stars ‘Paatal Lok’ actor Jaideep Ahlawat.
‘Khaali Peeli’ went on the floors in September last year and was scheduled for a June 12 release but was delayed due to the shuttering of film theatres. The movie will be released on OTT plaform Zeeplex on October 2.(ANI)