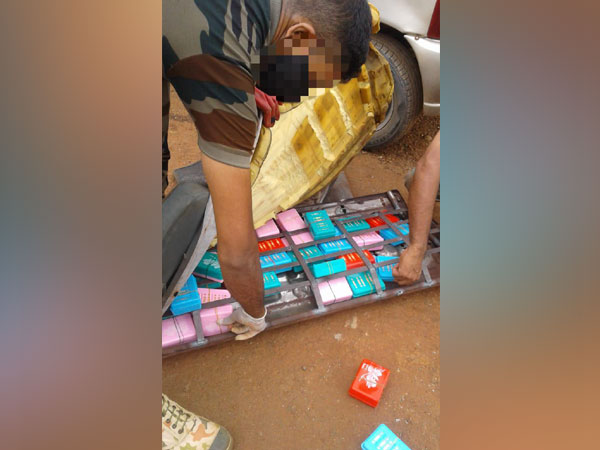 Chandel (Assam) [India], September 15 (ANI): Troops of Assam Rifles on Monday recovered 1.07 kilograms of brown sugar worth Rs 2.14 crores from Khudengthabi village situated in Chandel district of Manipur.
A person has been detained in connection to the matter.
Security personnel stopped a suspicious car and conducted checking, during which the contraband item was recovered from the vehicle.
“The recovered items were being ferried to Imphal from Moreh. The detained individual and the recovered items have been handed over to Police Station Moreh for further investigation,” said Inspector General of Assam Rifles in a press statement. (ANI)

This is what the spine looks like: Anubhav Sinha, Taapsee Pannu support Jaya Bachchan’s statements in RS

Not cashing in on Mahesh Babu’s popularity:…