Tom Cooper signs with Brisbane Heat ahead of BBL 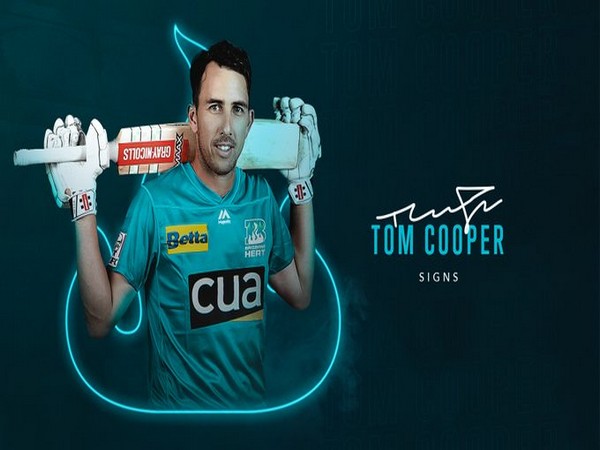 Brisbane [Australia], September 14 (ANI): Brisbane Heat on Monday announced the signing of batsman Tom Cooper ahead of the upcoming season of the Big Bash League (BBL).
As a result of this deal, Cooper would now be with the club for the next two BBL tournaments. Cooper has played 145 T20 matches, with 18 T20Is and 23 ODIs for the Netherlands including two ICC World Cup campaigns.

He has captained the Melbourne Renegades in the BBL. He has played 71 BBL games for the Renegades, scoring 1202 runs at a strike-rate of 125.20. The 33-year-old had made his T20 debut for his home State South Australia and has also played in the BBL for the Adelaide Strikers.

“He’s a really good game manager, especially batting, and has the ability to either get his team away to a flyer at the top in the powerplay or be innovative in the middle overs and closeout innings,” Heat coach Darren Lehmann said in an official release.
“He’s a handy bowling option too and always brings a lot of calmness and insight when he is in the field. I know from past encounters that he enjoys playing at the Gabba, and his family is always keen to catch up with him when he is here, so we think he will enjoy the chance to make a fresh start with the Heat,” he added.
BBL is slated to start from December 3 this year, and in the opening match, Adelaide Strikers will take on Melbourne Renegades.
Brisbane Heat will take on Sydney Sixers in their opening match on December 9. (ANI)

Now lock into attractive FD interest rates of up to 7.35 percent with Bajaj Finance Fixed Deposit

It was like a day four or five Test wicket, says Pat Cummins as Australia lose 2nd ODI