‘Regret not hitting him in the face’: Neymar on Gonzalez 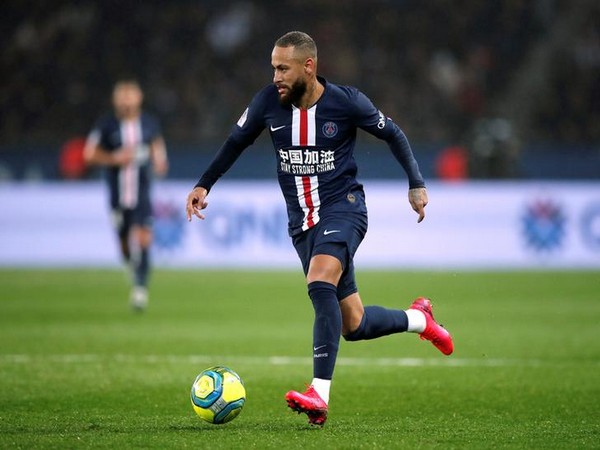 Paris [France], September 14 (ANI): Brazilian star Neymar Jr has voiced his regret for not taking stronger action against Marseille’s Alvaro Gonzalez following the Paris Saint-Germain (PSG) striker’s allegations of racism against the defender.
PSG lost 0-1 against Marseille on Sunday but the game became a subject of controversies as five players were sent off due to their involvement in a brawl, Goal.com reported.
Neymar had slapped Gonzalez in the back of his head and later accused the Marseille defender of making racist slurs towards him.
After the match, Neymar Jr tweeted: “My only regret is not hitting him in the face.”
Minutes later, he came up with another tweet, saying: “VAR catching my “aggression” is easy, now I want to see the image of the racist calling me a monkey, that I want to see! What’s up? REEL u punish me, CASCUDO I am expelled, what about them? What’s up.”
After the match, Marseille manager Andre Villas-Boas defended his player Gonzalez as he accused Angel Di Maria of spitting at one of his players.
“Alvaro is an experienced player. There is no room for racism in football, but I don’t think that’s it. Neymar was a little annoyed by this situation at the end of the match. I hope that will not distract from this victory. We also have Di Maria who spat on one of our players. It was a Clasico and we must remember this historic victory for OM,” Goal.com quoted Boas as saying.
Thomas Tuchel’s PSG will next lock horns with Metz on Wednesday and the side would be without the services of Neymar, Layvin Kurzawa, and Leandro Paredes following their red cards on Sunday. (ANI)

Chelsea had at least 10 players in quarantine: Lampard

Richa Chadha to walk for Rinku Sobti at a fashion week