Meeting of leaders from both Houses of Parliament on India-China matter to be held on Sep 15: Pralhad Joshi 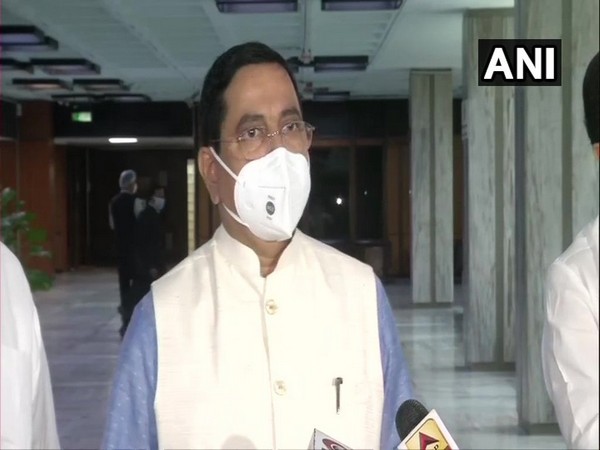 New Delhi [India], September 13 (ANI): Union Minister of Parliamentary Affairs Pralhad Joshi said that a meeting of leaders from both Lok Sabha and the Rajya Sabha will be held on September 15 on the India-China matter keeping in mind national security interests.
“The government is ready to discuss the issues. Considering the sensitivities and strategic points of India-China matter, a meeting of leaders from both Houses will be held on Tuesday (September 15). We will brief the leaders in the meeting,” said Joshi while responding to a question, whether or not the government is ready for discussion during the Monsoon Session of Parliament on the India-China standoff at the Line of Actual Control.
Joshi has appealed to all parties for cooperation in this “difficult situation”.
“Under the chairmanship of Om Birla, we have conducted a Business Advisory Committee (BAC) meeting. Various MPs from different parties took part in it. Lok Sabha speaker Om Birla has decided to hold one more BAC meeting on Tuesday. Now, for two days, we will finalize the business and I appeal to all parties for cooperation, in this difficult situation,” he said.
A total of 47 items have been identified to be taken up during the Monsoon session of Parliament beginning from Monday, according to a release by the Ministry of Parliamentary Affairs.
Monsson session 2020 will begin from Monday and is scheduled to conclude on October 1, subject to exigencies of Government Business.
All safety measures have been taken to conduct the session as per guidelines issued for Covid-19. There will be a four-hour session for each House each day (9 am to 1 pm for Rajya Sabha and 3 pm to 7 pm for Lok Sabha.
The Zero Hour will be there and the un-starred questions will be laid on the table. (ANI)

COVID-19: Only packed food in Parliament canteen during Monsoon session

Tesla delivers its first ‘Made in China’ cars