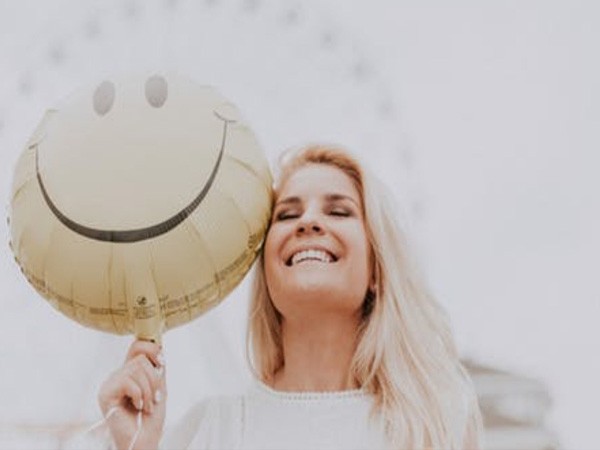 Pittsburgh [USA], September 13 (ANI): Vocabulary that one uses to describe their emotions can be used as an indicator to know the mental, physical, and overall well-being, according to recent research.
Led by a scientist at the University of Pittsburgh School of Medicine, the results of the study were published in Nature Communications.
A larger negative emotion vocabulary — or different ways to describe similar feelings–correlates with more psychological distress and poorer physical health, while a larger positive emotion vocabulary correlates with better well-being and physical health.
“Our language seems to indicate our expertise with states of emotion we are more comfortable with. It looks like there’s a congruency between how many different ways we can name a feeling and how often and likely we are to experience that feeling,” said lead author Vera Vine, Ph.D., a postdoctoral fellow in the Department of Psychiatry at Pitt.
To examine how emotion vocabulary depth corresponds broadly with lived experience, Vine and her team analyzed public blogs written by more than 35,000 individuals and stream-of-consciousness essays by 1,567 college students. The students also self-reported their moods periodically during the experiment.
Overall, people who used a wider variety of negative emotion words tended to display linguistic markers associated with lower well-being–such as references to illness and being alone–and reported greater depression and neuroticism, as well as poorer physical health.
Conversely, those who used a variety of positive emotion words tended to display linguistic markers of well-being–such as references to leisure activities, achievements, and being part of a group–and reported higher rates of conscientiousness, extraversion, agreeableness, overall health, and lower rates of depression and neuroticism.
These findings suggest that an individual’s vocabulary may correspond to emotional experiences, but it does not speak to whether emotion vocabularies were helpful or harmful in bringing about emotional experiences.
“There’s a lot of excitement right now about expanding people’s emotional vocabularies and teaching how to precisely articulate negative feelings. While we often hear the phrase, ‘name it to tame it’ when referring to negative emotions, I hope this paper can inspire clinical researchers who are developing emotion-labeling interventions for clinical practice, to study the potential pitfalls of encouraging over-labeling of negative emotions, and the potential utility of teaching positive words,” Vine said.
During the stream-of-consciousness exercise, Vine and colleagues found that students who used more names for sadness grew sadder over the course of the experiment; people who used more names for fear grew more worried, and people who used more names for anger grew angrier.
“It is likely that people who have had more upsetting life experiences have developed richer negative emotion vocabularies to describe the worlds around them. In everyday life, these same people can more readily label nuanced feelings as negative which may ultimately affect their moods,” noted James W. Pennebaker, Ph.D., professor of psychology at the University of Texas at Austin and an author on the project. (ANI)

Always determined to be best version of myself: KL Rahul

CL: Atletico held by Lokomotiv to leave qualification in doubt

Yogi Adityanath to campaign in Hyderabad for local body polls

Exclusive! Deepti Naval on her angioplasty

Realism of co-actors reflects in my ‘Raees’…