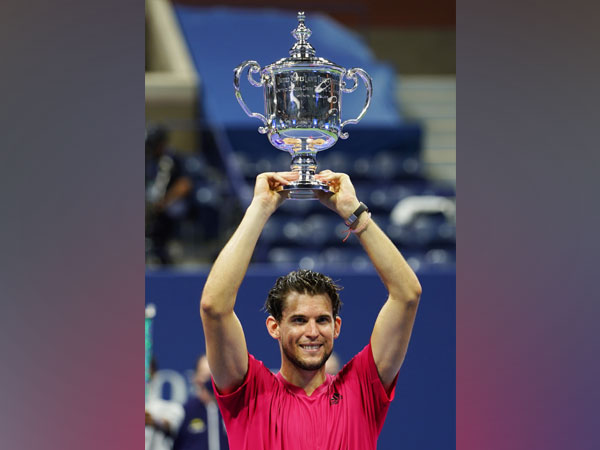 New York [USA], September 14 (ANI): Austria’s Dominic Thiem defeated Germany’s Alexander Zverev after making an unprecedented comeback in the five-set long marathon final 2-6, 4-6, 6-4, 6-3, 7-6(6) to lift his maiden US Open title on Monday.
This was the first US Open final to be decided by a fifth-set tie-break. Thiem is the first player to rally from two sets down in a US Open final since Pancho Gonzales did it against Ted Schroeder in 1949 at an event then known as the US Championships.
He also became the first Grand Slam champion born in the 1990s.
With this win, Thiem claimed his maiden Grand Slam trophy after three previous defeats in the finals of tennis majors. Thiem joined Thomas Muster (1995 Roland Garros) as the only Austrian man to win a major championship.
After losing the first two sets, Thiem made an exceptional comeback and won the next three sets in a match that lasted for more than four hours. (ANI)

Our bowling plan was just to attack, says Chris Woakes

India’s development model based on principles of…