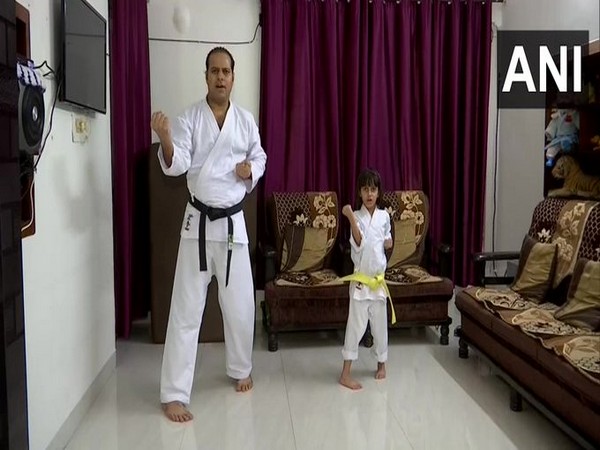 Chandigarh (Punjab) [India], September 13 (ANI): A 5-year-old girl, Anwesha Spehia won the gold medal in the online International E-Kata Championship 2020 which was held on August 29-30 in the female five-year Kata category.
“I want her to play in the Olympics and win a medal for the country,” said her father and Karate coach Bhuwnesh Kumar Spehia while speaking to ANI.
Karate is a Japanese martial arts technique that involves the development of defensive attack and counter attacking body movements. Persistence, discipline and mental balance are some of the keywords that defines the qualities to become the best karate champion. (ANI)

Waiting for the Bridge From Sagardwip – a Sundarban Story

Everything You Need To Know About Dubai Watch Week 2021