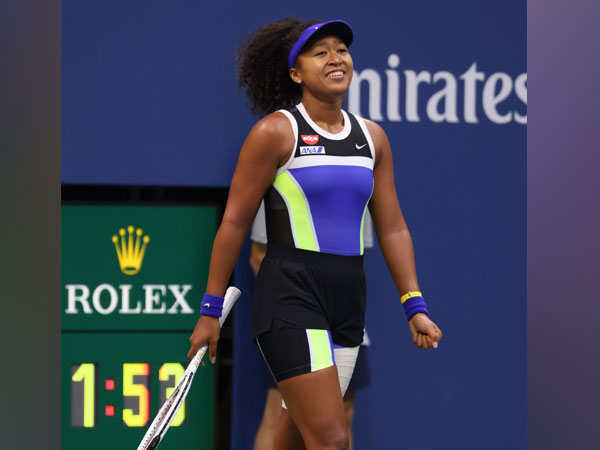 New Delhi [India], September 13 (ANI): Basketball player Lebron James congratulated Naomi Osaka after the Japanese tennis player won her second US Open title on Sunday.
James took to Twitter to write: “GREAT COMEBACK!! Congrats @naomiosaka!”
Osaka won her third career Grand Slam title after securing a win over Victoria Azarenka in the final of the US Open.
Osaka registered a 1-6, 6-3, 6-3 win in the decider over Azarenka. The No. 4 seed and 2018 champion overcame an inspired assault from Azarenka in the opening set to win her third career Grand Slam crown after one hour and 53 minutes on Arthur Ashe Stadium.
Recalling the differences between Sunday’s win and her first in 2018, after the match, Osaka had said she is “more of a complete player” now.
“I feel like two years ago, I maybe would have folded being down a set and a break. But I think, all the matches that I played in between that time shaped me and made me or forced me to mature more. Especially all the matches that I’ve played here were very tough,” US Open’s official website had quoted Osaka as saying.
“I think definitely I’m more of a complete player now. I feel like I’m more aware of what I’m doing,” she had added.
Osaka is now the first Asian player to win three Grand Slam singles titles, breaking the tie she held with China’s Li Na. (ANI)

Measuring brainwaves during sleep can indicate if you need to switch antidepressants, finds study