Michael Holding criticises England, Australia for not taking a knee 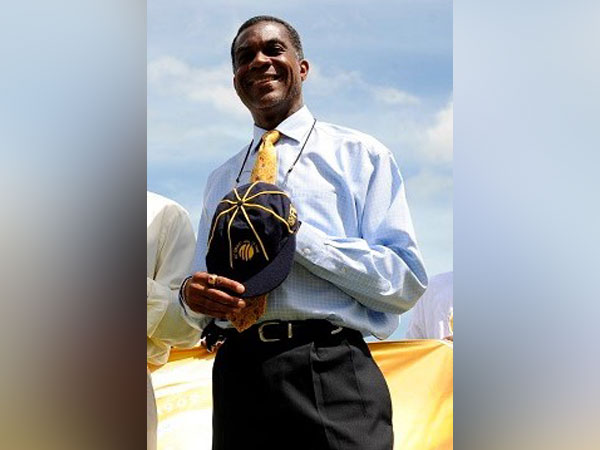 London [UK], September 11 (ANI): Former West Indies cricketer Michael Holding has criticised England and Australia players after they opted not to take a knee, a gesture to show support for the Back Lives Matter movement.
Earlier, when West Indies toured England, players from both teams and officials took a knee to express solidarity to the movement. However, the same was not done during the Tests and T20Is against Pakistan and also, during the series against Australia.
“All over the world it was no longer a black versus white thing, it was a matter of humanity coming together and deciding ‘listen, we need everyone to be treated equally’,” Holding told Sky, reported ESPNcricinfo.
“So for Pakistan and England not to then take that signal … the ECB came out with a lame statement as far as I’m concerned, and I didn’t hear anything at all about Pakistan, neither the players, nor the board,” he added.
Holding also lashed out on Australia skipper Aaron Finch, who ahead of the tour had said that education around it is more important than the protest.
“Now Australia come here and I see another lame statement from the Australia captain who is saying that he and the England captain have spoken and they decided not to take a knee,” Holding said.
“I would hope that anyone who gets involved in something like this [does it] because they want to get involved. So I would hope that people who are joining in, and are still willing to accept that things need to change and need to send a signal, will voluntarily do what they think is right,” he added.
The ‘Black Lives Matter’ movement had gained momentum after the death of an African-American man named George Floyd, after a police officer, later identified as Derek Chauvin, pressed his knee onto Floyd’s neck.
In July also, Holding had raised his concerns over the issue of racism. “When people say all lives matter or white lives matter, please, we black people know white lives matter. I don’t think you know that black lives matter,” Holding had said during a Sky Sports broadcast.
“Don’t shout back at us that all lives matter. White lives matter, it is obvious, the evidence is clearly there. We want black lives to matter now. Simple as that,” he had added. (ANI)

BCCI will not have its AGM by September 30, 2020: Secretary to state bodies

Qatar didn’t expect us to draw the game against them, reveals Thapa