BCCI will not have its AGM by September 30, 2020: Secretary to state bodies 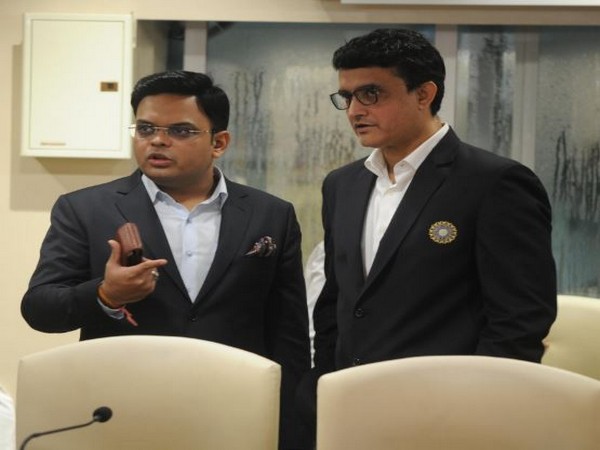 By Baidurjo Bhose
New Delhi [India], September 11 (ANI): The Board of Control for Cricket in India (BCCI) has informed the state associations that due to coronavirus pandemic, the board will not be able to hold its Annual General Meeting (AGM) by September 30.
In the letter, accessed by ANI, BCCI Secretary Jay Shah said the decision was taken after consulting the legal team and that the state associations will be informed about the date of the AGM in due time.
“The BCCI is registered under the Tamil Nadu Societies Registration Act, 1975. The Rules and Regulations of the BCCI requires the BCCI to hold an Annual General Meeting before September 30 of each year. Owing to the prevailing COVID-19 pandemic, the Registration Department, Tamil Nadu Government in their press release no. 557 dated 29th July 2020 (“Press Release”) have extended the period for a registered society under the Tamil Nadu Societies Registration Act, 1975, to conduct an Annual General Meeting by three months, from September 2020 to December 2020.
“The press release further states that an Annual General Meeting of a registered society cannot be conducted online. The press release refers to a Government Order no. 89 dated 16th June 2020 issued by the Commercial Taxes and Registration Department (“Notification”) which reiterates the above.
“We also sought legal opinion regarding the applicability of the press release and the notification on BCCI and as per their view, the same is applicable and BCCI is not required to conduct its Annual General Meeting by 30 September 2020. In view thereof, you are hereby informed that the BCCI will not have its Annual General Meeting by 30 September 2020. We will keep you informed regarding the date of the Annual General Meeting,” he wrote.
Reacting to the mail, a state association president requesting anonymity said the professional approach was appreciable.
“We appreciate the approach of the Secretary’s office as they keep us informed about the necessary developments swiftly and proactively. If you notice, the manner in which the decision has been reached is extremely professional,” he said. (ANI)

Michael Holding criticises England, Australia for not taking a knee

Airplane’s wheel plunges from sky, landing in Jefferson Park family’s yard. ‘Thank God it was a small plane, but it’s…

Happy outlook can do wonders in your physical well-being:…