We will talk once you are well, you are not going anywhere: Lalu Yadav to Raghuvansh Prasad Singh 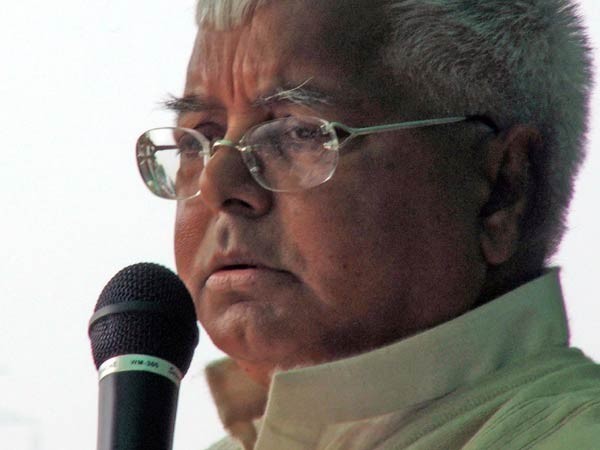 Ranchi (Jharkhand) [India], September 10 (ANI): The Rashtriya Janata Dal (RJD) supremo Lalu Prasad Yadav on Thursday wrote to Raghuvansh Prasad Singh stating that he would discuss with Singh on the resignation as soon as he recovers.
The letter from the former chief minister of Bihar Lalu Prasad Yadav in Hindi read, “A letter written by you is making rounds in the media. I can’t believe it. I, my family and the RJD family would like to see you get well soon and be among us. In the last four decades, we have discussed every political, social and even family matters together. Get well soon and we will talk. You are not going anywhere, understand this.”
Weeks ahead of the Bihar Assembly elections, the RJD got a big jolt with former Union Minister Raghuvansh Prasad Singh resigning from the party on Thursday.
Singh, who is considered close to RJD founder Lalu Prasad Yadav’s family, is currently admitted at the All India Institute of Medical Sciences (AIIMS), Delhi where he is undergoing treatment for some health complication. With a handwritten note, Singh conveyed the decision of his resignation to the RJD founder.
According to reports, Singh was unhappy with talks of former Lok Janshakti Party (LJP) MP from Vaishali, Rama Singh, joining the RJD.
Earlier in June, Singh had resigned from the post of the National Vice President of the RJD.
He had then raised questions over the style of work of Bihar RJD President Jagdanand Singh. (ANI)

Another lockdown soon in Pakistan as authorities fail to ‘strictly…

‘I’m alone but will try to live upto your expectations’: Chirag…

High Court directs Delhi govt to release over Rs 2.52 cr from its budget to district…

Durga puja: Kolkata pandal pays tribute to migrant workers for their struggle amid…

One dead, six injured in lightning strikes in Maharashtra’s Thane