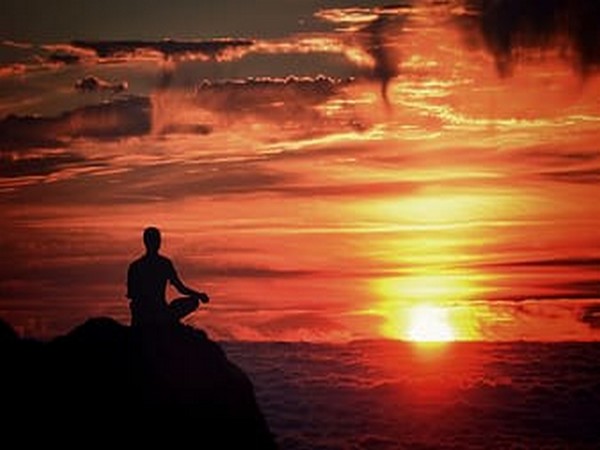 Florida [USA], September 9 (ANI): A team of researchers has now explored the possibility of whether mindfulness with paced breathing reduces blood pressure.
According to the American Stroke Association (ASA) and the American Heart Association (AHA), more than 100 million Americans have high blood pressure. Elevated blood pressure is a major avoidable cause of premature morbidity and mortality in the United States and worldwide due primarily to increased risks of stroke and heart attacks.
Elevated blood pressure is the most important major and modifiable risk factor to reduce stroke. In fact, small but sustained reductions in blood pressure reduce the risks of stroke and heart attacks. Therapeutic lifestyle changes in weight loss and salt reduction as well as adjunctive drug therapies are beneficial to treat and prevent high blood pressure.
Mindfulness is increasingly practiced as a technique to reduce stress through mind and body interactions. In some instances, mindfulness includes paced breathing defined as deep and diaphragmatic with slow rates typically about five to seven per minute compared with the usual rate of 12 to 14. Researchers from Florida Atlantic University’s Schmidt College of Medicine and collaborators have published a paper in the journal Medical Hypotheses, exploring the possibility that mindfulness with paced breathing reduces blood pressure.
“One of the most plausible mechanisms is that paced breathing stimulates the vagus nerve and parasympathetic nervous system, which reduce stress chemicals in the brain and increase vascular relaxation that may lead to lowering of blood pressure,” said Suzanne LeBlang, M.D., a neuroradiologist, second and corresponding author, and an affiliate associate professor in FAU’s Schmidt College of Medicine.
The researchers believe the hypothesis they have formulated that mindfulness with paced breathing reduces blood pressure should be tested. To do so, FAU’s Schmidt College of Medicine co-authors are already collaborating with their co-authors from the Marcus Neuroscience Institute, Boca Raton Regional Hospital/ Baptist Health South; and the University of Wisconsin School of Medicine and Public Health on an investigator-initiated research grant proposal to the National Institutes of Health.
The initial pilot trial would include obtaining informed consent from willing and eligible subjects and assigning them at random to mindfulness either with or without paced breathing and examining whether there are sustained effects on lowering blood pressure.
“This pilot randomized trial might lead to further randomized trials of intermediate markers such as inhibition of progression of carotid intimal thickening or coronary artery atherosclerosis, and subsequently, a large scale trial to reduce stroke and heart attacks,” said Charles H. Hennekens, M.D., Dr.PH, senior author, first Sir Richard Doll Professor and senior academic advisor in FAU’s Schmidt College of Medicine.
“Achieving sustained reductions in blood pressure of 4 to 5 millimeters of mercury decreases the risk of stroke by 42 percent and heart attacks by about 17 percent; so positive findings would have important clinical and policy implications,” added Hennekens.
According to the ASA and AHA, cardiovascular disease (CVD), principally heart attacks and strokes, accounts for more than 800,000 deaths or 40 percent of total mortality in the U.S. each year and more than 17 million deaths worldwide. In the U.S., CVD is projected to remain the single leading cause of mortality and is rapidly becoming so worldwide. Stroke alone ranks fifth in all-cause mortality in the U.S., killing nearly 133,000 people annually as well as more than 11 percent of the population worldwide.
“Now more than ever, Americans and people all over the world are under increased stress, which may adversely affect their health and well-being. We know that mindfulness decreases stress and I am cautiously optimistic that mindfulness with paced breathing will produce a sustained lowering of blood pressure,” said Barbara Schmidt, co-author, teacher, researcher, philanthropist, bestselling author of “The Practice,” as well as an adjunct instructor at FAU’s Schmidt College of Medicine. (ANI)