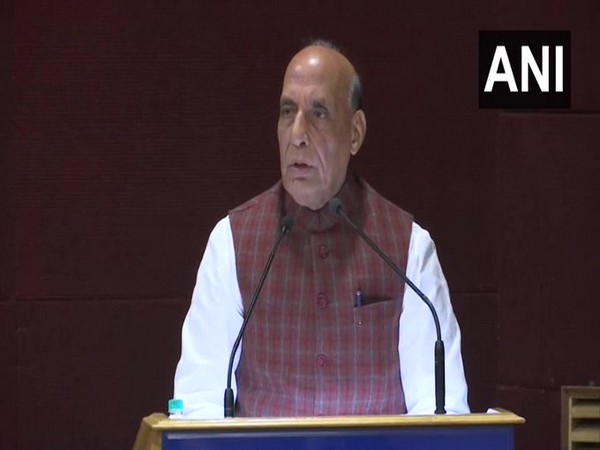 New Delhi [India], September 7 (ANI): Defence Minister Rajnath Singh on Monday congratulated the Defence Research and Development Organisation (DRDO) for successfully testing the indigenously developed Hypersonic Technology Demonstrator Vehicle (HSTDV), saying it is a landmark achievement towards realising the vision of ‘Atmanirbhar Bharat’ (self-reliant India).
“The @DRDO_India has today successfully flight tested the Hypersonic Technology Demonstrator Vehicle using the indigenously developed scramjet propulsion system. With this success, all critical technologies are now established to progress to the next phase,” he tweeted.
“I congratulate to DRDO on this landmark achievement towards realising the Prime Minister’s vision of Atmanirbhar Bharat. I spoke to the scientists associated with the project and congratulated them on this great achievement. India is proud of them,” the Defence Minister said in another tweet.
The HSTDV is an unmanned scramjet demonstration aircraft for hypersonic speed flight. It can cruise at a speed of Mach 6 and an altitude of 32.5 kilometres. (ANI)

Kristen Beams decides to hang her boots from cricket career

Osorio steps down as Mexico coach