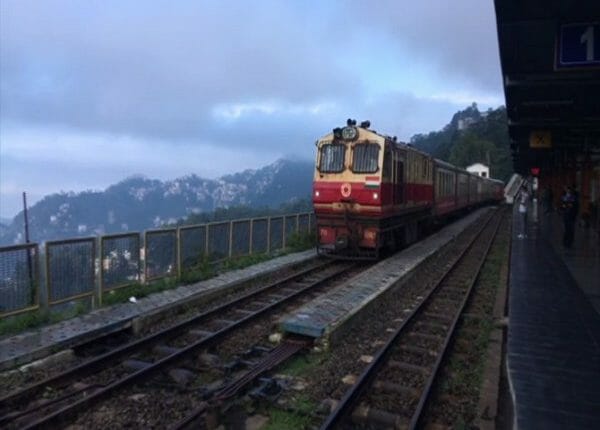 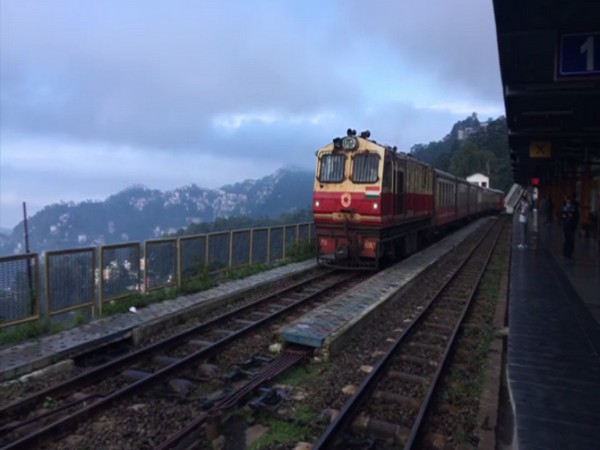 Shimla (Himachal Pradesh) [India], September 6 (ANI): The Kalka-Shimla heritage line on Sunday resumed services after five months with two special passengers.
The train from Solan to Shimla carried two candidates who were appearing for the National Defence Academy (NDA) exams today.
Amar Singh Thakur, Chief Commercial Inspector of the Kalka-Shimla railway told ANI, “This special train has been started amid of COVID-19 pandemic to provide transportation to the candidates appearing in the National Defense Academy (NDA) examination of India which are being conducted by the Union Public Service Commission Examination across India.”
“Covering the distance of 47 kilometers, two passengers travelled in this train this morning. The same train would return back in the evening and we are expecting more travellers,” Thakur said.
This train has the capacity of 248 passengers, he added.
Anurag Sharma, an applicant and passenger said, “I have come from Solan to appear in the NDA examination. I decided to travel on this train as it is more comfortable and safe as compared to the bus.”
Union Railways Minister Piyush Goyal on Friday said Central Railways of the Indian Railways will run 23 special trains for the convenience of candidates appearing for National Defence Academy (NDA) and Naval Academy (NA) exams. These fully-reserved special trains will run on September 4, September 5 and September 6.
The Union Public service Commission (UPSC) is conducting National Defence Academy (NDA) entrance exams today, days after Joint Entrance Exam (Main) started across the country.
The exam that was earlier scheduled to be held April 19 was postponed due to the COVID-19 lockdown. Compared to previous years, the NDA 1 and NDA 2 exams will be held on the same day due to the ongoing pandemic across the country. (ANI)

Uttarakhand Congress to protest at petrol pumps on Mondays…

Delhi schools to shut on Monday due to water crisis