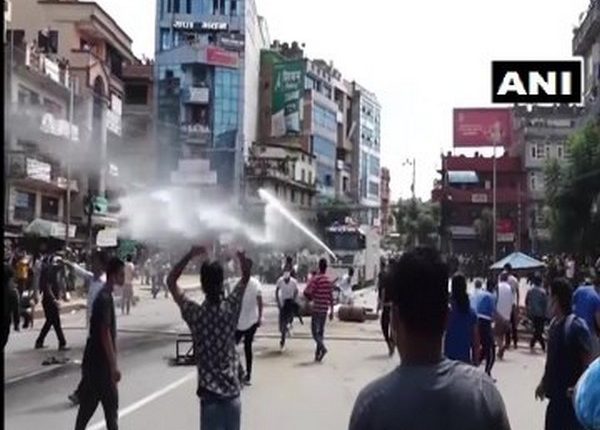 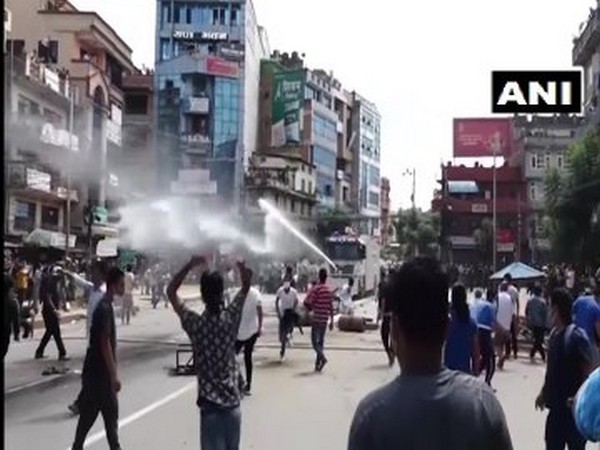 Lalitpur [Nepal], September 4 (ANI): Hundreds of protesters, who defied COVID-19 lockdown norms to participate in a chariot procession, clashed with police in the Pulchowk area in Lalitpur on Thursday.
Around 800 people had gathered to pull the chariot of Rato Machindranath Jatra, said Senior Superintendent Tek Prasad Rai, chief of Lalitpur Metropolitan Police Range.
Police tried to stop them from carrying out the chariot procession in view of the prohibitory orders issued to contain COVID-19 spread, subsequently leading to clashes, The Kathmandu Post reported.
“Since people had arrived in huge numbers, police alone were unable to control the crowd. So we sought the help of the Nepal Army,” Rai said.
Police used teargas and water cannons to control the situation. So far, no injuries have been reported.
On Wednesday, the Lalitpur District Administration Office renewed the prohibitory orders in the district for a week, along with the district administration offices of Kathmandu and Bhaktapur, citing the increasing number of COVID-19 cases in the valley. Under the norms, all non-essential services have been banned.
Rai said that people had first initially gathered in Pulchowk to pull the chariot in the morning.
“Security personnel managed to turn them away. But later people gathered in huge numbers in the afternoon,” Rai added.
The Machindranath chariot procession was to begin on April 24 this year. However, it was postponed as Nepal has been under lockdown since March 24 to combat the spread of coronavirus, according to The Kathmandu Post.
Chandra Maharjan, who coordinates in the chariot pulling festival, said discussions were held on whether to go ahead with the procession.
“We were in a meeting with a committee in charge of the festival when we heard that people were pulling the chariot. We were not part of what happened earlier today. Today’s incident does not involve the main stakeholders and we do not recognise those who attempted to pull the chariot,” Maharjan told the publication.
The situation is under control, according to Rai.
“The chariot, however, is now in the middle of the road. Local authorities will decide whether to pull it back to its original location or move it forward,” Rai said. (ANI)

Hina Khan is The Times Most Desirable Woman on Television 2019

Big B concerned over future of movie theatres

Jayalalithaa all set to be sworn-in as Tamil Nadu CM