Tweets were not intended to disrespect Supreme Court: Prashant Bhushan 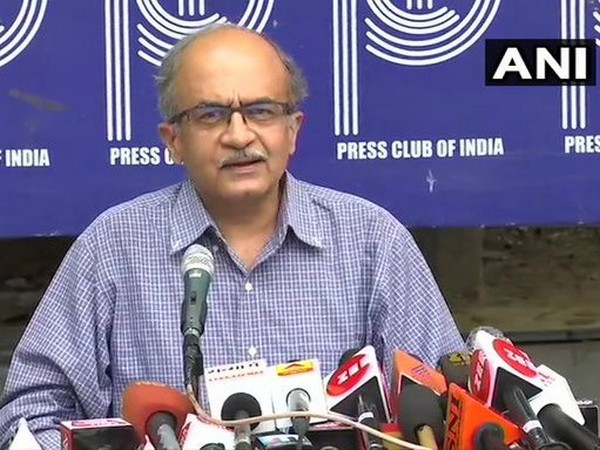 New Delhi [India], Aug 31 (ANI): Senior advocate Prashant Bhushan, on whom the Supreme Court imposed a Re 1 fine in connection with a contempt of court case, on Monday said that his tweets were not intended to disrespect the top court.
“My tweets were not intended to disrespect the Supreme Court but were meant to express my anguish at what I felt was deviation from its sterling record. This is a watershed moment for freedom of speech and seems to have encouraged many people to speak out against injustices,” Bhushan said at a press conference here.
Earlier, Bhushan had tweeted that his lawyer and senior colleague Rajiv Dhavan “contributed 1 Re immediately after the contempt judgement today which I gratefully accepted”.
The Supreme Court earlier today slapped a Re 1 fine on Bhushan in connection with a suo motu criminal contempt of court case over his tweets. The bench said Bhushan should be barred from practicing law for a period of three years and imprisoned for three months if he defaults on paying the fine.
Bhushan was earlier this month held guilty of contempt of court by the Supreme Court for two of his tweets, the first one posted on June 29, related to his post on a picture of Chief Justice of India (CJI) Sharad Arvind Bobde on a high-end bike.
In his second tweet, Bhushan expressed his opinion on the role of last four CJIs amid the state of affairs in the country. Another contempt of court case against Prashant Bhushan is also pending before the top court. (ANI)

Temple in Tamil Nadu sanitised ahead of Unlock 4