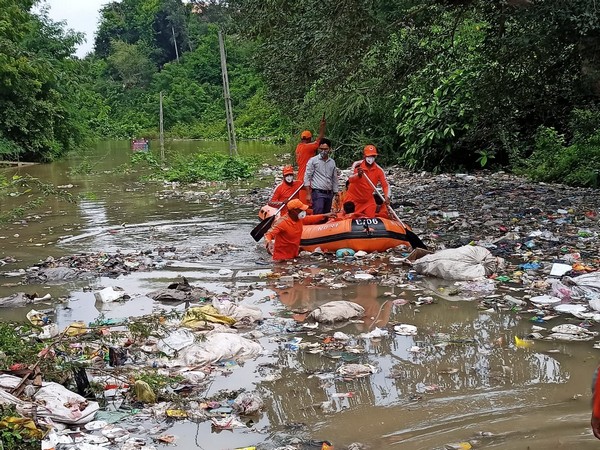 Dabhoi (Gujarat) [India], August 31 (ANI): A team of the National Disaster Relief Fund (NDRF) rescued nine persons from a flooded ashram on the banks of Narmada river in Vadodara on Monday, an official said.
The people, who were evacuated by the NDRF, are residents of the Chandod village of the district. A flood-like situation emerged in the village following heavy and continuous rainfall.

Parts of Gujarat have been reeling under flash floods, caused by heavy monsoon rains for the last 15 days, crippling normal life and affecting thousands of villages.
Not just Vadodara, other parts of the state are also severely affected due to heavy rains and authorities are working round the clock to rescue the people and mitigate the loss of life and property.
The India Meteorological Department (IMD), Ahmedabad on Monday predicted squally weather along and off North and South Gujarat coast due to active monsoon conditions.
On Sunday, over 2,500 people in Bharuch were evacuated to safer places after 9.50 lakh cusecs of water were discharged from the Sardar Sarovar Dam in Gujarat. (ANI)

Youngsters were under pressure, did well against world-class…

Croatians bring hope to other World Cup teams too