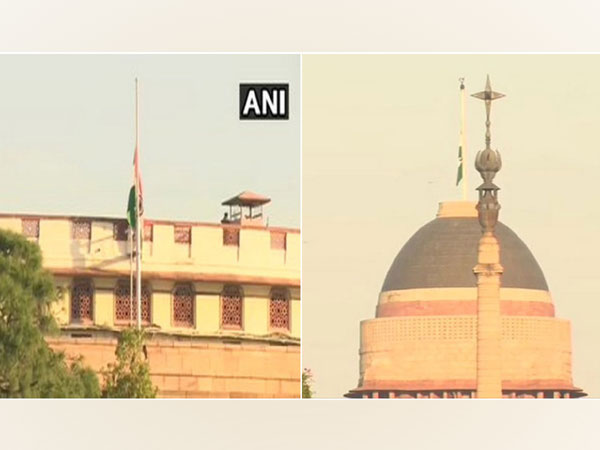 New Delhi [India], Sep 1 (ANI): National flags at Rashtrapati Bhavan and Parliament were at half-mast on Tuesday as the country observes a 7-day State mourning following the demise of former President Pranab Mukherjee.
The state mourning is being observed throughout the country from August 31 to September 6 as a mark of respect to the former President, who passed away on Monday.
“As a mark of respect to the departed dignitary, seven days state mourning will be observed throughout India from August 31 to September 6, both days inclusive. During the period of state mourning, the national flag will fly at half-mast on all buildings throughout India, where it is flown regularly and there will be no official entertainment,” the Ministry of Home Affairs said in an official release.
Mukherjee, 84, passed away on Monday at the Army Hospital (Research and Referral) Hospital where he was admitted earlier this month and had undergone surgery for removal of a clot in his brain. (ANI)

Powell among world’s fastest to race next month