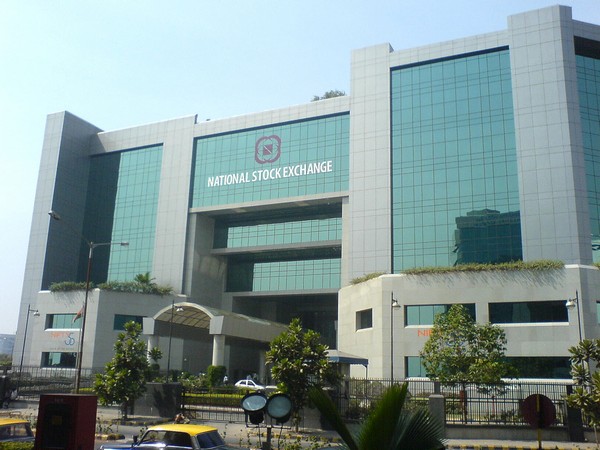 Mumbai (Maharashtra) [India], Aug 24 (ANI): Equity benchmark gauges closed nearly one per cent higher on Monday led by handsome gains in banking and financial stocks.
The BSE S&P Sensex closed 364 points or 0.95 per cent higher at 38,799 while the Nifty 50 gained by 95 points or 0.83 per cent at 11,466.
Except for Nifty IT, pharma and realty, all sectoral indices at the National Stock Exchange were in the green with Nifty private bank moving up by 2.4 per cent and financial service by 2 per cent.
Among stocks, Kotak Mahindra Bank jumped by 3.5 per cent to wind up the day at Rs 1,386.10 per share.
IndusInd Bank gained by 3.3 per cent, HDFC Bank by 2.7 per cent and ICICI Bank by 2.3 per cent. State Bank of India too added gains of 1.3 per cent.
Bajaj Finance and Bajaj Finserv were up by 3 per cent and 2 per cent respectively. The other major gainers included Maruti Suzuki and Bharti Airtel.
However, those which lost were Power Grid Corporation, Mahindra & Mahindra, Adani Ports, Hindalco, Tech Mahindra, Cipla and Titan.
Meanwhile, Asian shares advanced underpinned by hopes after the US Food and Drug Administration authorised the use of blood plasma from recovered coronavirus patients as a treatment option.
Japan’s Nikkei reversed early losses to be up by 0.28 per cent while Hong Kong’s Hang Seng gained by 1.74 per cent. South Korea’s Kospi climbed by 1.1 per cent. (ANI)

Study reveals loss of a pet can potentially trigger mental…