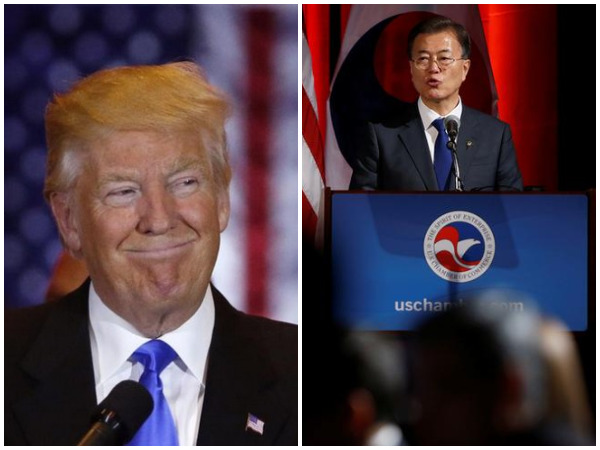 Ankara [Turkey], Nov 20 (ANI): South Korea’s Foreign Ministry announced on Tuesday that negotiations between Washington and Seoul on the shared costs of hosting some 28,500 US military service members in South Korea were placed on the backburner over the US’ alleged demand for $5 billion in stationing costs, reported Sputnik.
“The US believes that the share of defense spending should be increased significantly by creating a new category” outside of Special Measures Agreement framework the two countries have used for decades,” the Japan Times quoted the Foreign Ministry as saying in a statement.
“Our position is that it should be within the mutually acceptable Special Measures Agreement (SMA) framework that has been agreed upon by South Korea and the U.S. for the past 28 years,” it said.
US officials have not yet confirmed that $5 billion was the total amount.
The Japan Times reported that the breakdown came despite the US President’s decision to send a high-powered mission to Seoul, including Defense Secretary Mark Esper, to try to convince President Moon Jae-in’s government to pay more for hosting U.S. troops.
US has over 28,000 troops stationed in South Korea to protect it from countries like North Korea.
The developments come at a time when North Korea rebuked US President Donald Trump over his comments wherein he had asked Kim Jong Un to “act quickly” and get the deal done.
North Korea said any such summit would be useless unless the US dropped its hostile rhetoric. (ANI)

Pandemonium in UP assembly over law and order