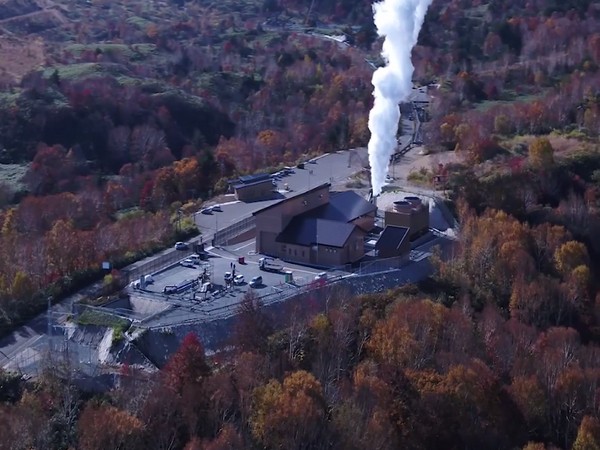 Akita [Japan], Feb 17 (ANI): Geothermal energy in Japan is expected to be actively utilised as renewable energy. This is one of the world’s most abundant sources of power.
In 2018, a new geothermal electric power generation was launched in Matsuo-Hachimantaiarea, Akita Prefecture.
JFE Engineering coordinates the total system of planning, construction of geothermal power plants and electricity sales.
Hiroyuki Kawasaki, Official, JFE Engineering said, “JFE Engineering has participated in the construction of a geothermal power plant in the Matsuo-Hachimantai area as an investment company. First, I think Japan is the third-largest country in the world with such natural resources. Geothermal electric power generation is a renewable energy that can be used as stable energy that does not vary in time.”
Highlighting that JFE Engineering has been involved in the construction of geothermal power plant for more than 50 years, the official said, “The construction site is on the mountain and is heavily affected by weather change, and although we needed to transport the turbine from Nagasaki to Akita Prefecture to Hachimantai in 2017. While transportation a typhoon came, so the turbine delayed arrival on the port. We faced very difficult conditions to send the turbine on the road to Hachimantai because of the snowfall, but with the help of the local company, we were able to transport the turbine on schedule.”
JFE Engineering provides a high-efficiency geothermal power generation system consisting of production and well-managed facilities, steam production facility, steam gathering pipeline, brine gathering pipeline, and re-injection facility, and binary power generation facility capable of utilizing both steam and hot water.
Kawasaki said, “Power plant output is 7499 kW. This is the largest plant after 22 years in Japan. For foreign countries, many like Indonesia have geothermal resources, so JFE Engineering can construct steam production facility and power plant consistently; we hope to expand the geothermal power generation to other countries.”
The electricity produced is supplied to the local town. The technology of JFE Engineering to convert geothermal into stable energy can make a great contribution around the World. (ANI)