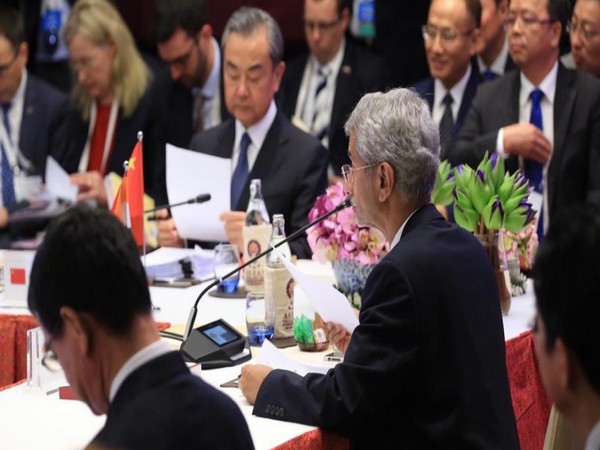 Bangkok [Thailand], Aug 2 (ANI): Key political, economic and security issues of the Indo-Pacific region were discussed during the 9th East Asia Summit (EAS) Foreign Ministers’ Meeting (FMM), said External Affairs Minister S Jaishankar on Friday.
“At the 9th #EAS FMM, we discussed key political, economic and security issues of the Indo-Pacific region. Underlined #ASEAN centrality in the free, open and inclusive regional architecture,” he tweeted.
The Minister is currently in Bangkok for a range of ASEAN-related multilaterals, apart from a string of bilateral meetings, including those with his Japanese and Vietnamese counterparts, amongst others. He also met US Secretary of State Michael Pompeo on the sidelines of the meetings on August 2.
Discussions regarding preparations for the EAS, scheduled to be held in Bangkok on November 4, were supposed to be held during Friday’s FMM.
“In this context, the Ministers will discuss the implementation of the Manila Plan of Action (2018-2022) to implement the Phnom Penh Declaration on the EAS Development Initiative, adopted by the EAS Leaders in 2012,” the Ministry of External Affairs had stated.
“The Ministers will also deliberate on the current regional and international issues and on further strengthening of the EAS as the region’s prominent Leaders-led forum for discussion on global political-security and economic issues,” they added. (ANI)