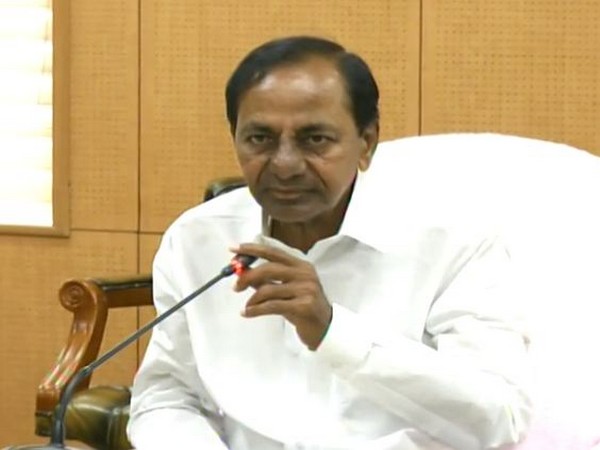 Hyderabad (Telangana) [India], August 21 (ANI): Telangana Chief Minister K Chandrashekhar Rao has expressed his shock over the fire incident that took place at Srisailam Power Generation Plant on Thursday night.
The Chief Minister also reviewed ongoing relief measures and spoke to Telangana Power Minister Jagdeeshwar Reddy to update himself about the incident.
“Chief Minister K Chandrashekhar Rao has expressed shock over the incident. He is eliciting information on the incident on a regular basis. He spoke to Minister Jagdeeshwar Reddy and Transco, Genco CMD D Prabhakar Rao, who are present at the site and reviewed relief measures taking place there,” said the Telangana Chief Minister’s Office (CMO) on Friday.
Earlier on Thursday, a massive fire broke out inside the powerhouse of the Srisailam Left Bank Hydra Electric Project at around 10:30 pm. At present, nine are feared to be trapped inside the plant, and rescue operations are underway.
No casualties have been reported so far due to the incident. As many as 10 people were rescued from the incident, out of which six are undergoing treatment at the GENCO Hospital.
Telangana Minister for Power Jagadeeswar Reddy, Nagarkurnool district collector L Sarman, Telangana Transco, GENCO CMD Prabhakar Rao, local MLA G Balaraju, were among others who visited the site. (ANI)

3 dead, one injured in house collapse in Uttarakhand’s Pithoragarh

Was waiting for opportunity to prove myself: Manvir