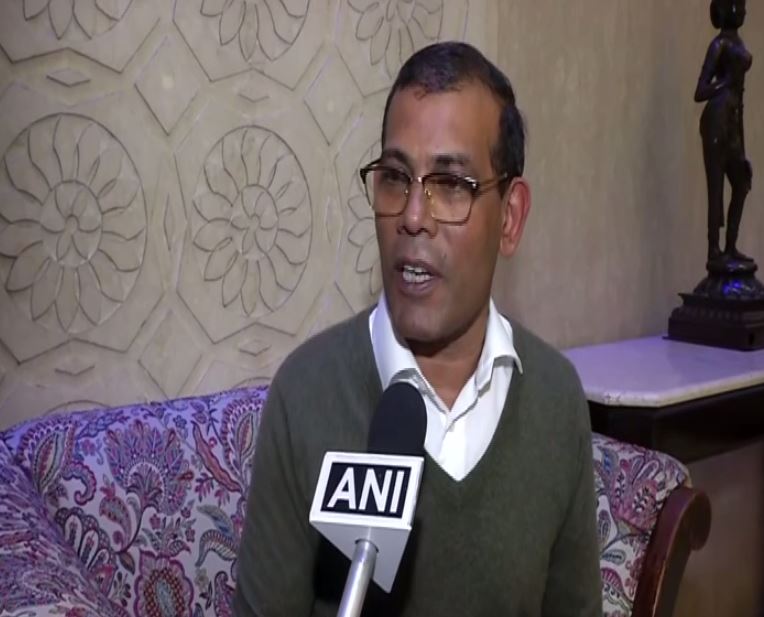 New Delhi [India], Dec 14 (ANI): Maldives Parliament Speaker Mohamed Nasheed has affirmed that the governments of India and Maldives are “on the same page” and the future of ties between the two countries is “bright”.
Nasheed is currently on a five-day visit to India on the joint invitation of Rajya Sabha Chairman M Venkaiah Naidu and Lok Sabha Speaker Om Birla.
“We have declared an India first foreign policy. India has been next to us since time immemorial. We read the same book. We eat the same food. We watch the same films we do the same things. We are the same people,” Nasheed told ANI.
Nasheed, also the former President of Maldives said in jest that he will consider relations between the two countries “bad” only when Maldivians stop watching Bollywood and stop eating biryani and gulab jamuns.
“There are times when perhaps the governments might not be able to get on with each other but I will only consider our relations to be bad if Maldivians stop watching Bollywood. If we stop eating biryani and gulab jamun. Then, of course, there is a serious deterioration of relations but that’s not happening in any time soon,” Nasheed said.
“Our relationships are very strong and the government is on the same page,” the former president further said, adding that the future of India and Maldives is “going to bright”.
Nasheed also said that Indian tourists visiting the Maldives have increased by 100 per cent. (ANI)

Maldives will not allow anyone to preach hate: former president Nasheed on Zakir Naik

Portraying Modi as India is an insult, says Mayawati