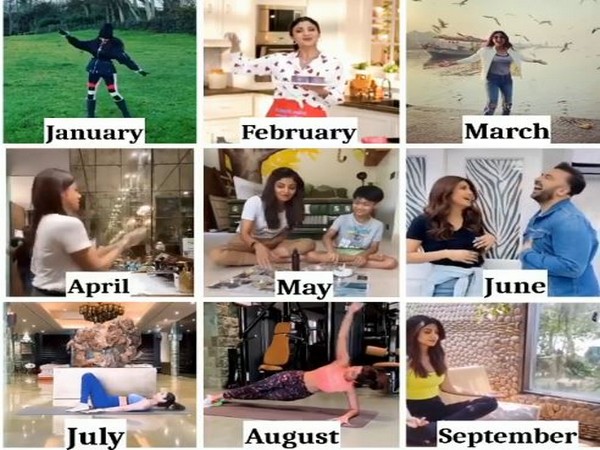 Mumbai (Maharashtra) [India], August 8 (ANI): Inspired by the new 2020 Challenge on Instagram, actors Shilpa Shetty and Preity Zinta also launched their 2020 Calendar and shared quirky collage showcasing their mood in the nine months of the year.
The ‘Dhadkan’ actor Shilpa Shetty Kundra gave her own twist to the viral challenge and shared an intriguing collage, featuring fun boomerangs. In the collage, the short clip from January to March shows Shilpa in a jovial mood as she dances in a park in January clip, bakes a cake in February one, while for the March video, the actor is seen posing at a sea-coast.
The April clip shows the ‘Apne’ actor stuck in-home washing hands along with husband Raj Kundra, and on the other hand, in May she is seen indulging in an activity with son Viaan. The June boomerang shows Shilpa losing the cool as laughs with husband Raj and scares her husband as her hair wave on the face. In July and August clips, the actor is seen striking yoga poses while in September’s boomerang she is seen engrossed in meditation.
Shetty aptly captioned the post in sync with the collage, and noted, “Arz kiya hai…19-20 (Unnees-Bees) ka farq samajh aa gaya iss saal, Mach gaya hai harr taraf bawaal! Jitna bhi pareshaan kare Corona, Immunity badhaao – bilkul bhi daro-na! Hand sanitise kar ke mask pehen-na dega aapko shobha, Baaqi toh, Bhaiyya, yoga se hi hoga ….#2020 #2020Challenge #2020Mood #yogasehihoga #SwasthRahoMastRaho #quarantinetime.”
Preity Zinta too tried her hands on the 2020 Challenge and shared an absorbing collage featuring her different mood in the first nine months of the year.
In the collage shared by the ‘Koi Mil Gaya’ actor, Preity is seen in a jovial mood as she flaunts her dimpled cheeks in adorable pictures, whereas, the March picture shows the actor with a straight face. In April, the actor is seen teary-eyed while in May she shared a picture where she burst in tears. The June and July pictures show the ‘Kya Kehna’ actor in a fit of rage, while in August’s picture, a frustrated Zinta is seen pulling her hair, on the other hand, the September picture shows the actor holding a gun.
The ‘Dil Hai Tumhaara’ star captioned the post as, “Moods of 2020 #2020Challenge #mood,” as she channelled her moods of the year in the form of a 2020 Calendar. 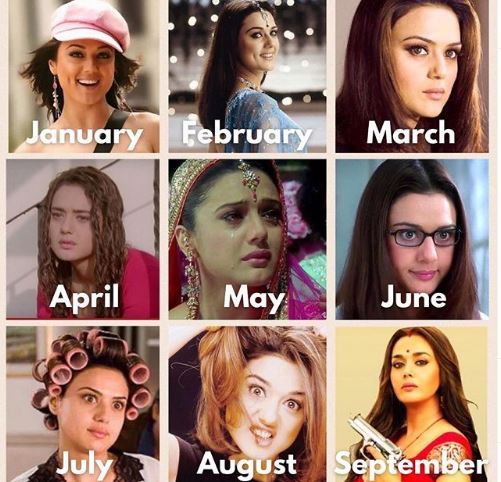 Earlier, Bollywood divas including Madhuri Dixit Nene, Priyanka Chopra Jonas, Kajol Devgn, Malaika Arora and Swara Bhasker took the trending #2020Challenge on Instagram.
The new 2020 challenge is about perfectly capturing the mood with photos for each month this year. The meme challenge has caught the fancy of social media in just a day with celebrities including Reese Witherspoon, Mindy Kaling and Mark Ruffalo posting their collage of pictures channelling their mood for the year 2020. (ANI)

Ben Affleck boards ‘The Big Goodbye’ as director for Paramount