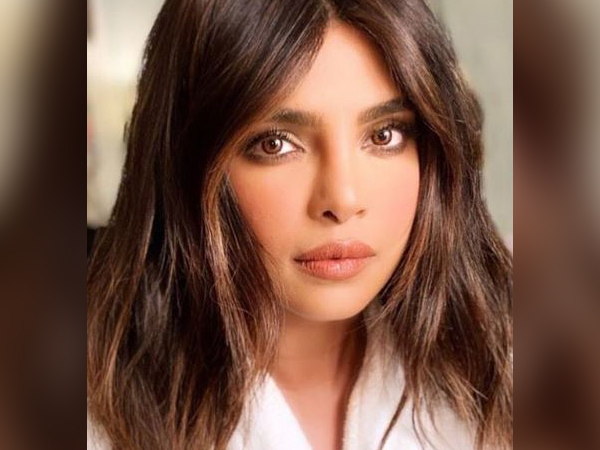 California [US], Aug 8 (ANI): Actor Priyanka Chopra Jonas on Saturday extended her prayers and offered condolences to the families of the people who died during the Kozhikode plane crash.
The Air India flight carrying 190 passengers had skidded while landing at Karipur Airport in Kozhikode on Friday evening.
The 38-year-old actor took to Twitter and wrote, “Strength and prayers to the families who lost their loved ones in the plane crash in #Kozhikhode, India. Praying for the recovery of those injured.”

Earlier in the day, superstars Amitabh Bachchan, Shah Rukh Khan, and Kamal Haasan expressed grief over the loss of lives in the tragic crash-landing incident at Kozhikode International Airport.
Of the 190 people on board the ill-fated plane, there were 184 passengers and six crew members. Of the 18 dead so far, 14 are adults (seven males and females each) and four are children.
Both the pilot and the co-pilot are among those dead. At present, 149 passengers are hospitalised, of them 23 with serious injuries.
Till now, 23 passengers have been discharged. All the dead have been identified, eight from Kozhikode district, six from Malappuram district, and two from Palakkad district.
All the accident victims will be tested for COVID including those who died in the crash. So far, only one victim has tested positive for coronavirus, the Chief Minister Pinarayi Vijayan said on Saturday. (ANI)