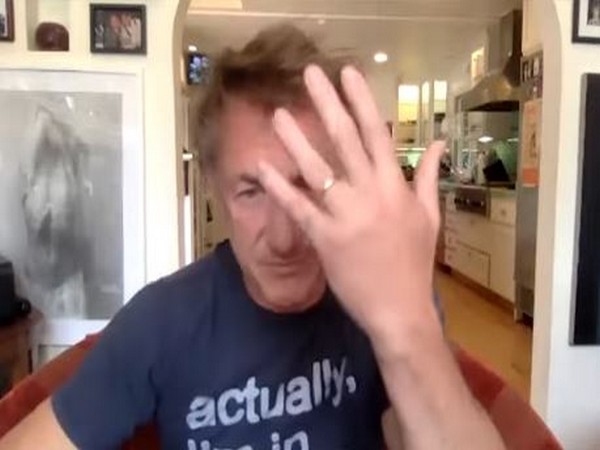 Washington D.C. [USA], Aug 4 (ANI): American actor Sean Penn has confirmed that he is once again a married man.
According to Page Six, the 59-year-old actor said Monday (local time) on ‘Late Night with Seth Meyers’ that he and girlfriend 28-year-old Leila George tied the knot on Thursday.
Meyers asked Penn, “There are reports that you recently got married, is this true?”, to which the Oscar winner raised his hand, showing off his wedding band.
Penn said of the nuptials, “We did a COVID wedding. By that I mean it was a county commissioner on Zoom, we were at the house, my two children and her brother, and we did it that way.”
Page Six reported on Saturday that Penn and George quietly wed after four years of dating. Philanthropist Irena Medavoy congratulated the couple Friday on Instagram in a since-deleted post.
This is Penn’s third marriage. He was married to Madonna from 1985-1989 and Robin Wright from 1996-2010. He and Wright share two children: daughter 29-year-old Dylan and 26-year-old son Hopper.
George, also an actor, is the daughter of ‘Law & Order’s’ Vincent D’Onofrio. (ANI)

Kargil shivers at minus 15 degrees Celsius