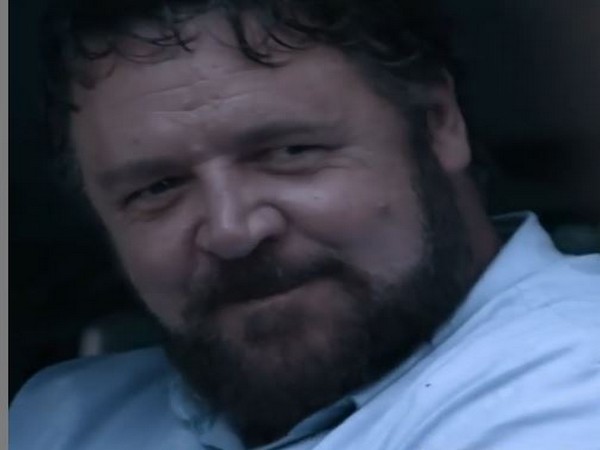 Washington D.C. [USA], Aug 4 (ANI): ‘Unhinged,’ the road-rage thriller starring Russell Crowe, topped the UK and Ireland box office over the weekend collecting 175,263 UKP (229,000 USD), according to final numbers released by Comscore.
According to Variety, the film, released by Altitude Film Distribution, played at 243 locations, marking a cautious return by audiences to cinemas, despite the territory being in the middle of a heatwave.
Altitude, which last month released killer croc thriller ‘Black Water: Abyss’ and Jacki Weaver and Lucy Liu comedy ‘Stage Mother,’ said, “Over the past few months, we have shared the well-publicised concern about the state and future of cinema and the arts. Whilst this remains unclear as we all learn to cope with COVID-19, we’re encouraged by the support ‘Unhinged’ received from cinemas and audiences in its opening weekend.”
In the coming weeks, the distributor is set to release Ladj Ly’s ‘Les Miserables.’
“It’s bittersweet to herald a number one film at the box office during such uncertainty and hardship, but as cinemas continue to reopen with social distancing measures in place we hope that audience excitement for watching films on the big screen and in safe environments, contribute to further confidence in the cinema experience.”
Elsewhere, Disney holdover ‘Onward’ dropped 4%, earning 58,951 UKP (77,000 USD) from 239 sites. The title has grossed a total of 5.7 million UKP (7.4 million USD) since it opened March 6.
In the third position is Vertigo’s Australian animation ‘100% Wolf’ with 33,130 UKP (43,280 USD) from 146 sites, and in the fourth position is rerelease ‘Star Wars: Episode V – The Empire Strikes Back’ with UKP 31,137 (40,673 USD) from 157 sites.
Variety reported that the other new releases include Vertigo’s supernatural film ‘The Vigil’ at fifth position with 30,302 UKP (39,500 USD) from 97 sites and Picturehouse Entertainment’s astronaut training drama ‘Proxima,’ starring Eva Green, sixth with 30,051 UKP (39,250 USD) from 135 sites.
With the BFI Southbank set for a September 1 reopening, a third of the U.K.’s 919 sites have now reopened. Some Odeon sites have been open for a few weeks, while Cineworld opened several cinemas on July 31. Vue pushed back it’s reopening last week from July 31 to August 7.
Warner Bros.’ ‘American Pickle,’ starring Seth Rogen, opens August 7 across more than 100 locations, while 606 Distribution’s ‘Perfect 10’ has a limited release on that date.
The chief hurdle cinemas are set to face from August 8 is that audiences are required to wear face coverings, which might impact attendance.
In addition, sunny weather across the U.K. will see a heatwave continuing through the upcoming weekend and into the following week. (ANI)

The quiet Sun is much more active than we thought

‘We must raise our voices’: Anupam Kher on Sushant’s death case

How to wear chinos this summer