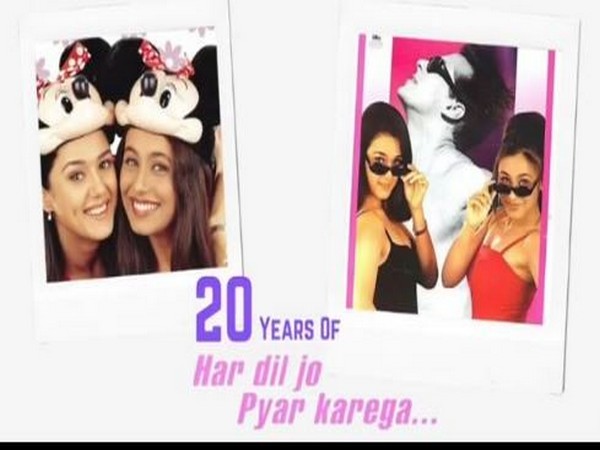 Mumbai (Maharashtra) [India], Aug 4 (ANI): Reminiscing about the fond memories associated with the peppy song ‘Piya Piya’ with co-actor Rani Mukerjee, actor Preity Zinta took a walk down the memory lane as ‘Har Dil Jo Pyar Karega’ clocked 20 years on the horizon of Indian cinema.
Zinta also celebrated her bond and friendship with ‘Mardaani’ star and pointed out that no one can do ‘Piya Piya’ like the two.
The 45-year-old actor shared on Instagram a brief clip of the song ‘Piya Piya’ from the 2000 released romantic musical that featured the duo in the song. The clip from the peppy number shows epic camaraderie between Preity and Rani. As the clip starts, the ‘Veer Zara’ star is seen shaking a leg in matching dresses, as they enjoy their time with each other. The song puts on display the bond between the two, who act as sisters in the movie.

“No one can do Piya Piya like you and me, baby,” noted Zinta as she shared the clip from the song and recall the bond of friendship which went stronger with the movie.
Apart from ‘Har Dil Jo Pyar Karega,’ Priety and Rani have also shared the screen space in films including ‘Veer Zara’, ‘Kabhi Alvida Naa Kehna’, ‘Chori Chori Chupke Chupke’.
Directed by Raj Kanwar, produced by Sajid Nadiadwala, the movie features Salman Khan, Preity Zinta and Rani Mukerji in pivotal roles. (ANI)

Record decline in securitisation volumes due to Covid-19: ICRA

Masood, Woakes and Buttler move up in rankings after first…