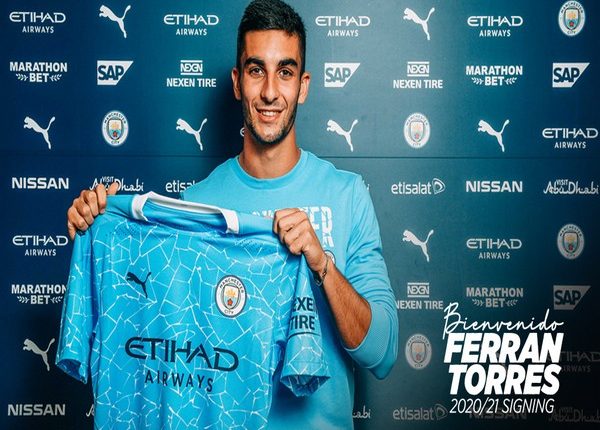 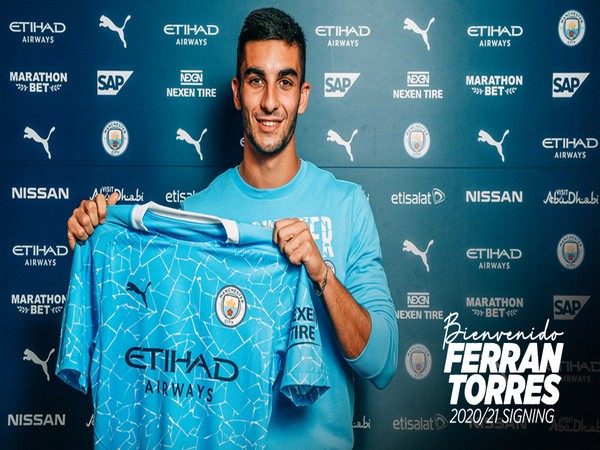 Manchester [UK], Aug 5 (ANI): Manchester City on Tuesday signed striker Ferran Torres from Valencia on a five-year deal.
The 20-year-old has penned a five-year contract keeping him at the Club until the summer of 2025. Torres, who operates predominantly as a winger, made 44 appearances for Valencia last season, scoring six goals.
“I am so happy to be joining City. Every player wants to be involved in attacking teams and Manchester City is one of the most attacking in world football. Pep encourages a really open, aggressive style, which I love, and he is a manager with a proven track record of improving players. To have him overseeing my development is a dream,” Torres said in an official statement.
“City have won plenty of trophies in the last 10 years and I hope I can play a role in continuing that success,” he added.
Torres made his first-team debut for Valencia in November 2017 as a substitute in a 4-1 win over Real Zaragoza in the Copa del Rey – and went on to become the youngest player to make 50 La Liga appearances for the club, reaching that landmark on November 23, 2019 in a 2-1 defeat at Real Betis at the age of 19 years and 324 days, breaking a 40-year record previously held by Miguel Tendillo.
In 2019, he won his first piece of major silverware as he made six appearances in Valencia’s successful Copa del Rey campaign. In total, he made 97 appearances for Valencia, scoring nine goals and providing 12 assists.
He has been capped by Spain at U17, U19 and U21 level and tasted success, winning the European U17 Championships in 2017 and the European U19 Championships in 2019. In 2019 final, he scored both goals in a 2-0 win over Portugal alongside Eric Garcia – and was subsequently named Player of the Tournament for his performances throughout.
“We have followed Ferran’s progress closely and have been very impressed. He is young and still developing, but his technical qualities are exactly what we are looking for in a winger. He is quick, direct, can create space with one movement and is capable of producing match-winning moments,” City’s Director of Football Txiki Begiristain said.
“I feel this is the perfect place for him to develop and with Pep in charge he can take his game to the next level,” he added. (ANI)