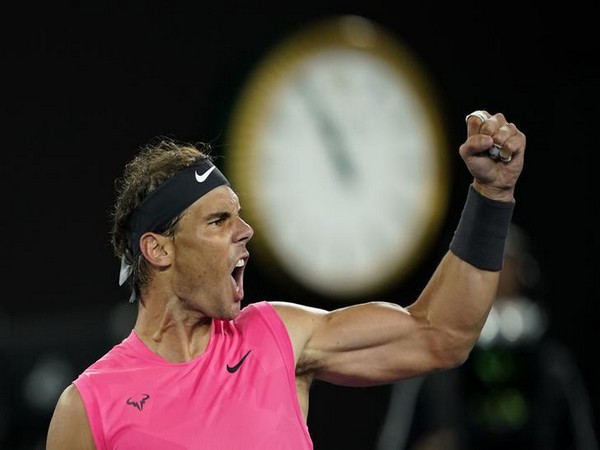 Madrid [Spain], Aug 5 (ANI): Defending champion Rafael Nadal has announced that he won’t be playing the US Open, citing concerns over the coronavirus.
The world number two men’s tennis star also criticised the revised calendar for tennis and labelled it as “barbaric”.
“After many thoughts I have decided not to play this year’s US Open. The situation is very complicated worldwide, the COVID-19 cases are increasing, it looks like we still don’t have control of it,” Nadal said in a tweet.
“We know that the reduced tennis calendar is barbaric this year after 4 months stopped with no play, I understand and thank for the efforts they are putting in to make it happen. We have just seen the announcement of Madrid not being played this year,” he added in another tweet.
The US Open in New York will be followed by the French Open a fortnight later, and maybe this is the reason, Nadal went on to criticise the revised tennis calendar.
“This is a decision I never wanted to take but I have decided to follow my heart this time and for the time being I rather not travel,” Nadal added.
Roger Federer will also not be a part of this year’s Grand Slams as he continues to recover from an injury.
As a result, this US Open will be the first since 1999, that neither player has featured in the main draw of a Grand Slam event.
Earlier, it was announced that US Open will be played from August 31-September 13 this year.
The matches will be played behind closed doors and New York governor Andrew Cuomo had assured that robust testing will be conducted so that the tournament goes ahead smoothly. (ANI)

Messi back for Barcelona pre-season training