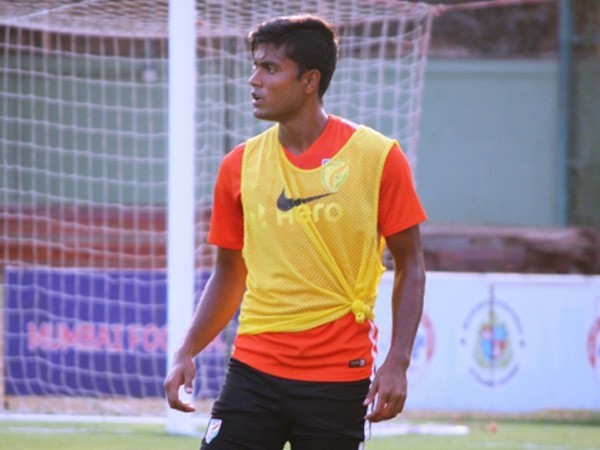 New Delhi [India], Aug 4 (ANI): Indian defender Pritam Kotal has revealed that he used bunk schools to witness goalkeeper Subrata Paul’s glovework from close quarters, within a very close distance from his home.
“We used to come to know one or two days prior when Mistu-da (Subrata Paul) would come to Uttarpara for practice. He was a rockstar then, everyone’s hero. For me, my classes could wait but his training sessions couldn’t,” Kotal said in an Instagram live session with AIFF TV.
“We used to nag and tease him a lot that we would score past him. Mistu-da was kind enough to allow us a few shots after his training and those shooting practices were pure gold, he added.
Interestingly, Pritam Kotal made his International debut under Paul’s captaincy in the qualifiers for the FIFA World Cup Russia 2018 qualifier against Nepal. In the match, India defeated Nepal 2-0 on the back off Sunil Chhetri’s brace.
“Probably it was my destiny and I’m grateful to the almighty for this. Mistu-da has seen me since my childhood. He knows me more than anyone else and making my International debut under his captaincy is probably the perfect blessing that I could have ever expected,” recalled Kotal. (ANI)

Gutted that I can’t finish what we started this season: Smalling

Beginning of Ram temple construction result of around 500 years-long struggle of ‘Rambhakts’: Chouhan