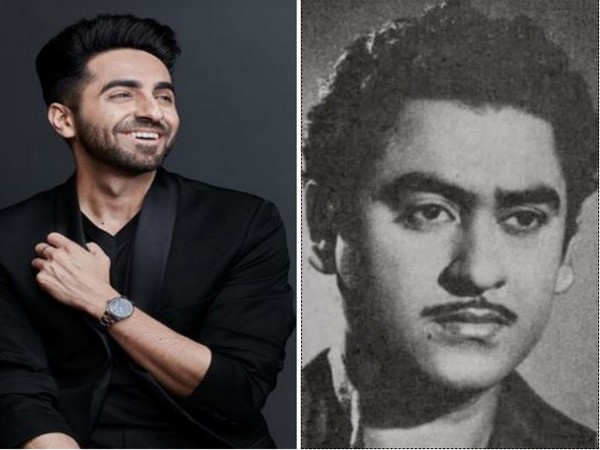 New Delhi [India], August 4 (ANI): Actor Ayushmann Khurrana on Tuesday marked the 91st birth anniversary of late singer-actor Kishore Kumar with a throwback video of himself singing ‘O Mere Dil Ke Chain.’
Khurrana took to Instagram to share the video which was shot in 2018 during the shooting of ‘Andhadhun’ in Poland.
It features the 35-year-old actor singing while musician Akshay Varma is seen playing the piano.
“I am a huge fan of Kishore Kumar and this is one of my all-time favourites. I can pretty much hear it all day on loop,” Khurrana said. 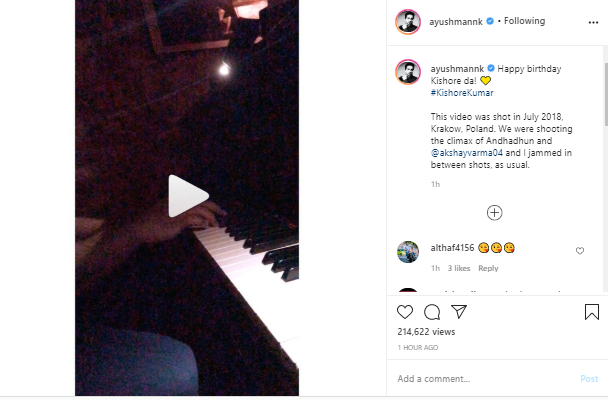 “Kishore Kumar had a magical voice. He could sing any genre of music – be it soulful, peppy, or even sad. He had a different perspective to life and a unique sense of humour,” he added.
Kumar, who was born on August 4, 1929, was a man with multiple talents.
Other than being the most accomplished singer of his time, he was also a screenwriter, actor, composer, director, and producer.
Kumar died at the age of 58, but his memories are still etched in people’s minds.
Songs like ‘Ek Ladki Bhigi Bhagi Si’, ‘Jhoome Re Jhoome,’ ‘Koi Humdum Na Raha,’ ‘Khene Ki Nahin Baat,’ ‘Matwale Hum Matwale Suhani’, to mention a few, are some of his widely-loved songs, even today. (ANI)